Share on TwitterShare on Linkedin
The Eimeria species that cause avian coccidiosis are present virtually everywhere in the world where there is poultry farming. However, both climatic conditions and production systems can vary between different regions which means that the effects of this disease and the strategies for combatting it also differ. In this issue, the  particular characteristics of the disease in a country with a long tradition of poultry farming such as Argentina will be analysed. 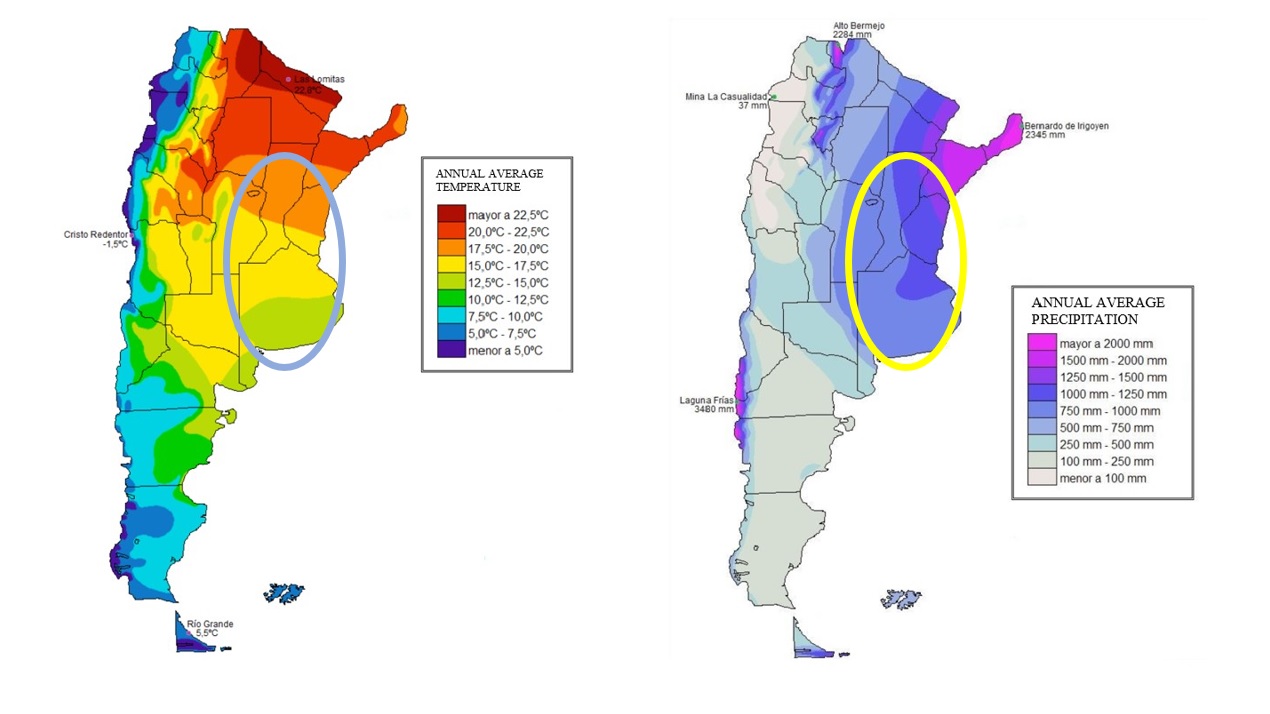 Annual climatic conditions in Argentina (the areas marked with a circle indicate the main poultry-producing areas in the country).

Poultry production in Argentina takes place principally in the provinces of Buenos Aires and Entre Ríos, but also in the provinces of Córdoba and Santa Fe. These are characterised by their generally temperate climate with winters that tend to be mild. In addition, the relative humidity is usually fairly high for most of the year, with frequent rain. These climatic conditions are ideal for raising broiler chickens. However, they are also ideal for encouraging the problems associated with the proliferation of Eimeria spp. parasites to become a major concern. In Argentina, the production of broiler chickens is integrated, such that the integrator company supplies the chicks and the feed. It is also responsible for the health costs and technical support. The facilities, the workforce and the light and gas services are provided by the integrated producers.

Types of facilities and their relationship to Eimeria spp.

The facilities where the birds are housed are a key factor for the achievement of good productive results and can affect the development of various poultry diseases, including coccidiosis caused by Eimeria spp. The environmental factors that influence the development of this serious disease have already been considered in previous articles (July 2020). With regard to the premises and equipment, in the case of Argentina a distinction can be made between facilities with “medium-low” and “medium-high” technological adaptation: 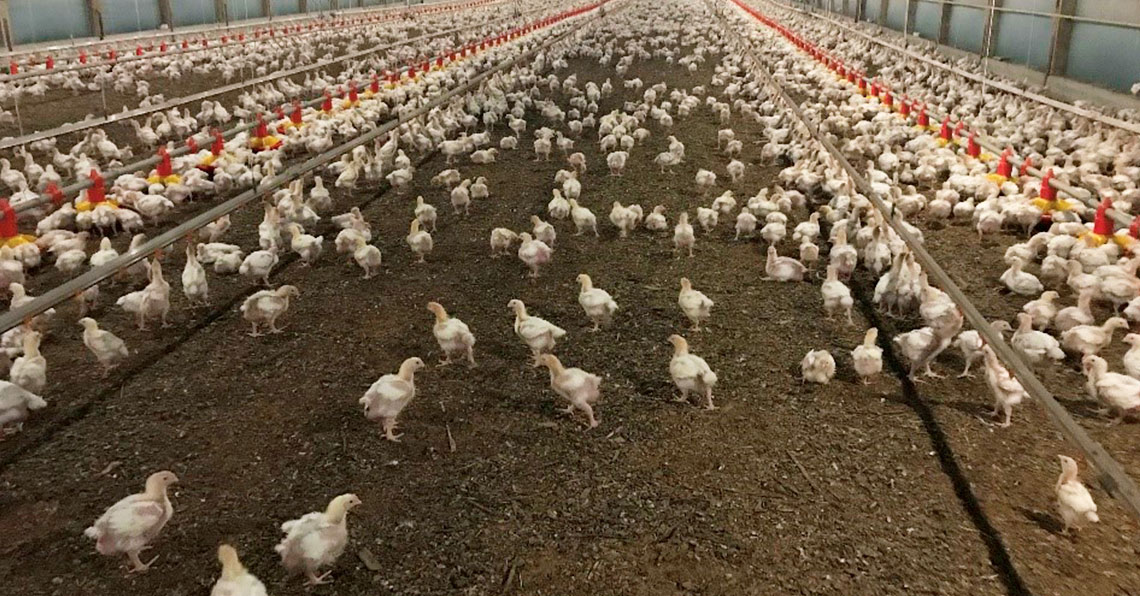 In Argentina, the method used for the control of Eimeria spp. in long life-cycle birds is the use of live vaccines based on attenuated or non-attenuated strains. 100% of chicks from breeding birds are vaccinated. And in the case of chicks from laying hens, these have also started to be vaccinated recently because the increase in the number of laying birds housed on the ground for welfare reasons has also meant an increase in the risk of subclinical and/or clinical coccidiosis, especially cases caused by E. tenella. Based on the experience acquired with the use of vaccines attenuated by precociousness in the last few years, the importance of close support for vaccinated flocks is well known. This means that it is highly advisable to provide the hatchery personnel with training on the preparation of the vaccine and on the vaccination process. Training of personnel at the recipient farm is also essential, to teach them about the importance of humidity and temperature during the first few weeks, which is the time when the replication cycles of the vaccinal strains occur. This training will be of particular help to the “medium-low” type of farm mentioned above. Monitoring the progression of the cycles by means of Eimeria spp. oocyst counts (OPG) and/or diagnosis by PCR are also key, the results of which allow any variable to be adjusted that interferes with the development of the vaccinal oocysts. These processes have enabled the problems of clinical and subclinical coccidiosis to be drastically reduced (especially E. tenella) on breeder and layer farms, reducing mortality and improving uniformity and productive performance of vaccinated flocks when the data are compared with previous batches.

The traditional method of prevention and control of Eimeria spp. has been the use of anticoccidials, that is chemical coccidiostats, ionophores or “dual” programmes (chemical-ionophore), which are included in the feed during rearing, and with programmes involving periodic rotation of drugs. Six years ago, vaccines against avian coccidiosis were launched on the market in Argentina. Since then, they have become more and more prominent in the prevention of coccidiosis. In the case of broilers, many of the vaccines on the market are not attenuated. However, in the last few years vaccines for broilers attenuated by precociousness have arrived in the country. These vaccines are characterized by controlled replications of vaccinal oocysts, causing much less intestinal damage during replication, and promoting the absorption of nutrients. Vaccinal strains are also able to displace wild strains of Eimeria spp. from the farm, which reduce existing resistance and provide an attractive alternative to the use of coccidiostats. Since they were first registered, the use of vaccines has been increasing year on year. Currently, about 50% of all broilers are vaccinated, taking into account companies that vaccinate continuously (increasing strategy), and companies that carry out rotations, using a vaccine for 6 months and coccidiostats for the other 6 months of the year. Recently, in a trial performed with a vaccine attenuated by precociousness on a farm with “medium-high” facilities, where the productive performances obtained were compared with those from previous broods using a non-attenuated coccidia vaccine was used, the following results were seen:

These results, which are in line with those of previous studies (September 2019), show the benefits in terms of productive parameters provided by a vaccine attenuated by precociousness. Moreover, if a programme of rotation of coccidiostats with attenuated by precociousness vaccines is selected, after vaccination, sensitivity to coccidiostats will be restored (Chapman and Jeffers, 2015; Peek and Landman, 2011; Dardi et al., 2015), improving the productive results in the post-vaccination cycles.   REFERENCES:
Previous Post

Do not confuse the symptoms of coccidiosis in chickens with necrotic enteritis!