Post vaccination management of a coccidiosis vaccine for laying chickens

When it comes to achieving good development of immunity by means of the use of a coccidiosis vaccine in laying chickens, not only is correct administration of the vaccine important, but also good post-vaccination management.

In our previous article, we reviewed the key aspects of the use of a vaccine against coccidiosis for laying chickens, especially for those housed in alternative systems (aviaries, free-range, organic), that are becoming more and more common in Spain and in the rest of Europe.

In addition, on the basis of the broad experience gained on laying farms in these countries, we presented an overview of what we consider to be the main factors that determine the correct application of coccidiosis vaccines.

Guidelines for management: administration of a coccidiosis vaccine for laying chickens

However, following the administration and the excretion of vaccinal oocysts after the first replication in the birds’ intestine, some management guidelines have to be followed in order to guarantee the second and third replications, which will lead to the establishment of immunity:

1. Use of paper: if the chickens are inside cages during the excretion of the vaccinal oocysts, it will be necessary to use paper to prevent the faeces containing these oocysts falling on to the conveyor belt and being lost. The use of embossed paper with a minimum weight of 250 gr/m2 on the floor of the cages or slat systems is recommended. The recommended weight provides the necessary consistency and resistance to promote the duration and humidity retention. It is advised that 80-100% of the surface is covered initially (minimum 50-60%). It should not be removed until 28-30 days post-vaccination or, at least, whilst the chickens remain inside the cages. The ideal location would be close to or underneath the drinkers. If some of the birds are moved from one location to another within the first 4 weeks post-vaccination, half the paper that was laid down initially should also be moved to the new location.

Figure 1: Examples of a farm where laying chickens are kept in battery cages or in aviaries with the use of paper to allow the replication of vaccinal oocysts.

2. Humidity: it is necessary to maintain a certain level of humidity in the litter or on the paper (approximately 30-35%, which corresponds to an environmental humidity of 60-65%) during the first two weeks after the administration of a coccidiosis vaccine, as this will permit the correct sporulation of the vaccinal oocysts. 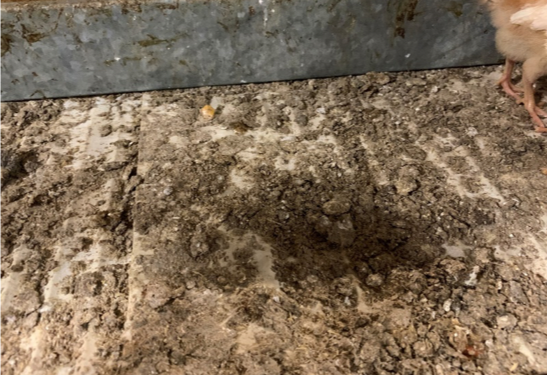 Figure 2: Example of a farm with unfavourable conditions for the achievement of good replication of vaccinal oocysts: low humidity.

If the levels of relative humidity are lower than this, the following measures may be taken to increase it: 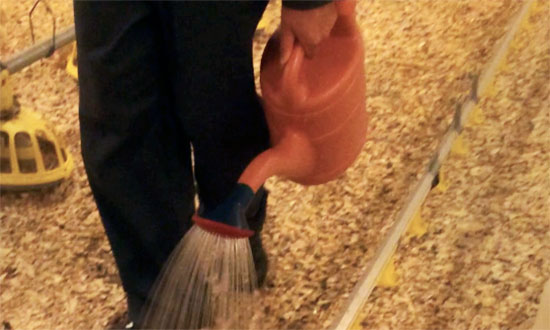 Figure 3: Operation to increase the humidity of the birds’ litter, thereby allowing the replication of the vaccinal oocysts

Immunosuppressive diseases, drug treatments and other factors that can influence immunity to coccidiosis and gut health

Finally, there are other factors to consider in the development of good immunity against coccidiosis when a vaccine is used for laying chickens, and how to achieve optimum gut health associated with this, as shown below:

2. Anticoccidial/antibiotic treatments: the feed used during the replication period of the vaccine should not contain residues of any anticoccidial medication that could eliminate the vaccinal oocysts. The use of sulphonamides, trimethoprim, amprolium, toltrazuril or tetracyclines should be avoided.

3. Monitoring of the development of immunity: the counting of oocysts excreted in the faeces, use of the PCR technique to detect the DNA of Eimeria spp., and lesion scoring are all techniques that can help to monitor the replication of vaccinal oocysts and to evaluate the pressure of field strains of the parasite that are present in the sheds.

4. Presentation and composition of the feed ration: very frequent changes in the presentation (high proportion of fine particles, above 25%) or formulation have a direct impact on gut health as they cause changes in the microbiota that can lead to dysbiosis in the intestine, mechanical stress, etc. High-protein diets (over 20% of crude protein) and/or diets with a high content of white cereals such as barley or wheat (over 50% of the total composition), predispose the birds to suffer from necrotic enteritis (Branton et al., 1987; Annett et al., 2002).

5. Mycotoxins: it is advisable to routinely monitor the levels of them in raw materials and the birds’ feed, as their presence can cause intestinal problems and immunosuppression. The risk not only exists when the recommended limits for each mycotoxin is exceeded, but also the simultaneous presence of two or more mycotoxins has an additive effect, so that levels below these limits could be equally harmful.

As has been seen, there are many factors to be considered in order to achieve the proper development of immunity by means of the use of a coccidiosis vaccine in chickens.

If control is achieved, not only problems associated with coccidiosis will be avoided, but it will also improve the overall gut health of the birds on the farm.

Control of coccidiosis in chickens in Indonesia: interpretation of oocyst counts per gram (OPG) after vaccination