One of the main health problems that can occur on chicken farms are outbreaks of coccidiosis disease. When this happens, it needs to be detected early and measures taken as soon as possible in order to reduce the possible effects of the disease on the productive parameters of the flock.

There is a great deal of information available in the scientific literature on the diagnosis of coccidiosis in chickens, as well as in this blog and on other websites. 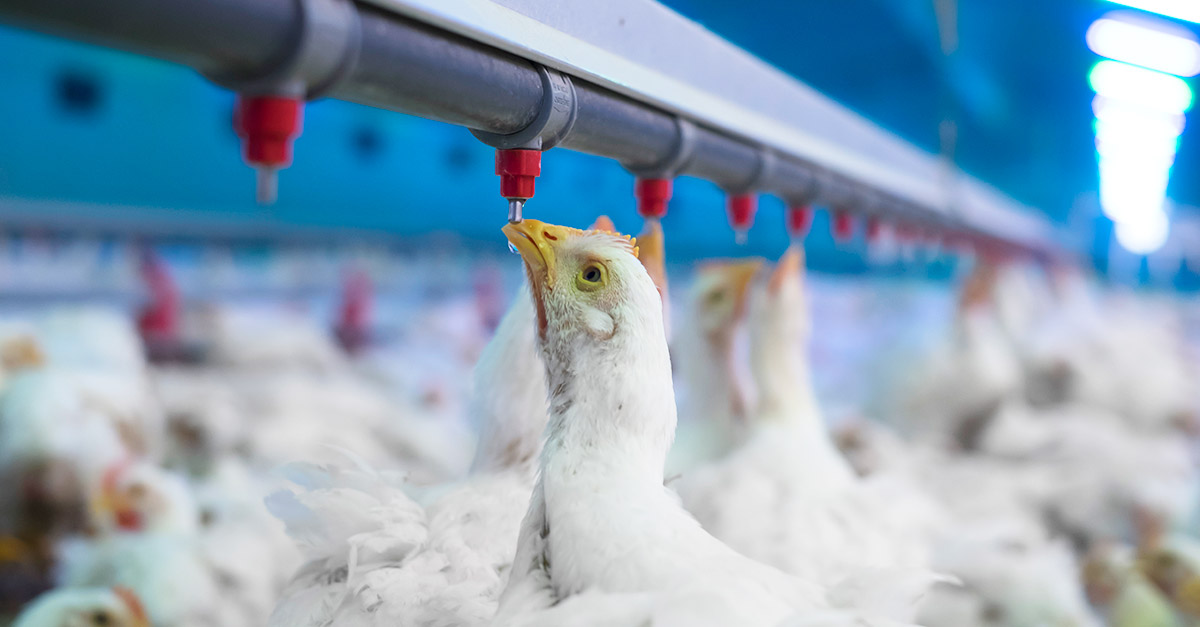 First of all, it will be necessary to define the concept of an “outbreak of coccidiosis”. An outbreak (synonym of epidemic) is defined as the occurrence of a disease in a group of individuals and in a defined place.

Thus, detection of a single bird or a small group of birds with possible signs of coccidiosis does not mean that that population is suffering an outbreak of the disease.

It is important to spell this out, as a single individual or a very small number of individuals may be conditioned by a series of factors which make them more susceptible to the disease. These include, in particular:

Furthermore, this pathology can also present as a clinical or subclinical form.

Clinical coccidiosis in chickens is characterised by the presence of external symptoms that are compatible with it, as well as the appearance of intestinal lesions that are specific to coccidiosis, an increase in the oocyst count of the parasite excreted in the faeces (OPG), a clear deterioration in productive parameters and an increase in the mortality rate.

Action when an outbreak of coccidiosis is initially suspected in chickens

Given these initial considerations, we need to identify which findings indicate a possible outbreak of coccidiosis in chickens.

An outbreak of coccidiosis usually occurs from 21-28 days of age, up to the end of the birds’ life. Although it is possible to see outbreaks of disease at younger ages, especially when we are faced with high parasite burdens, these early outbreaks are less frequent because of the life cycle of this parasite.

With regard to the clinical signs that may indicate a possible outbreak of coccidiosis, these would be birds with reduced activity, ruffled feathers, weakness, dehydration and anaemia, watery faeces or diarrhoea (with mucus or blood, depending on the severity and  Eimeria species), and also reduced feed intake and an increase in mortality (Diseases of Poultry, 2020).

It is possible that not all the signs will be present at the same time, in addition to which, the diagnosis must be supplemented by other tools.

The objective is to detect an outbreak of coccidiosis disease, and consequently these clinical signs must be identified in a substantial group of birds.

As described above, a single individual or a small group of individuals will not be sufficient to diagnose an outbreak of coccidiosis. 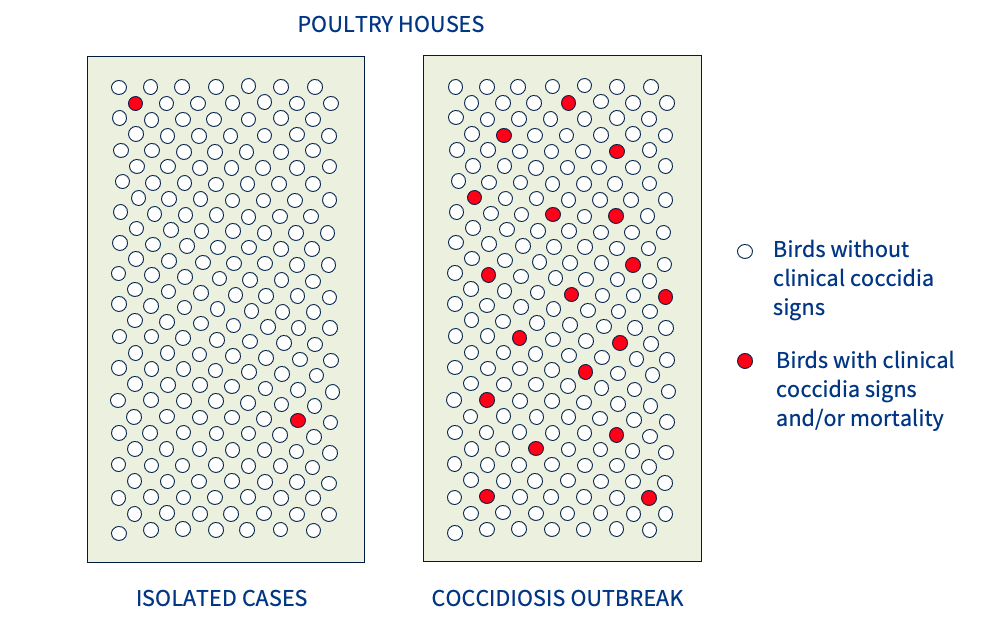 It is necessary to have a population perspective for appropriate measures to be taken.

Confirmation of an outbreak of coccidiosis in chickens

If the number of birds with clinical signs is substantial, these signs must be confirmed by the performance of necropsies, and the identification and classification of intestinal lesions caused by the parasite.

The usual system of evaluation is the one developed by Johnson & Reid, which has already been described on previous occasions. According to this scale, coccidiosis lesions that are considered to be severe are those that are graded with a score of 2 or more.

The specificity of the location and characteristics of the lesions will also help to determine the causative Eimeria species.

Between 5 and 10 birds will be sufficient for necropsy in order to provide a representative picture of what is happening with regard to coccidiosis in chickens in a shed of about 20,000 birds.

On the basis of these premises, and based on the experience of HIPRA technical staff, an outbreak of coccidiosis could be confirmed if, amongst the total number of necropsied birds, the average of the lesion scores was 2 or more for any/several Eimeria species and the percentage daily mortality in the affected flock was 0.5% or more.

If not, with daily mortality below 0.5%, and an average lesion score of less than 2, it would not be considered to be an outbreak. 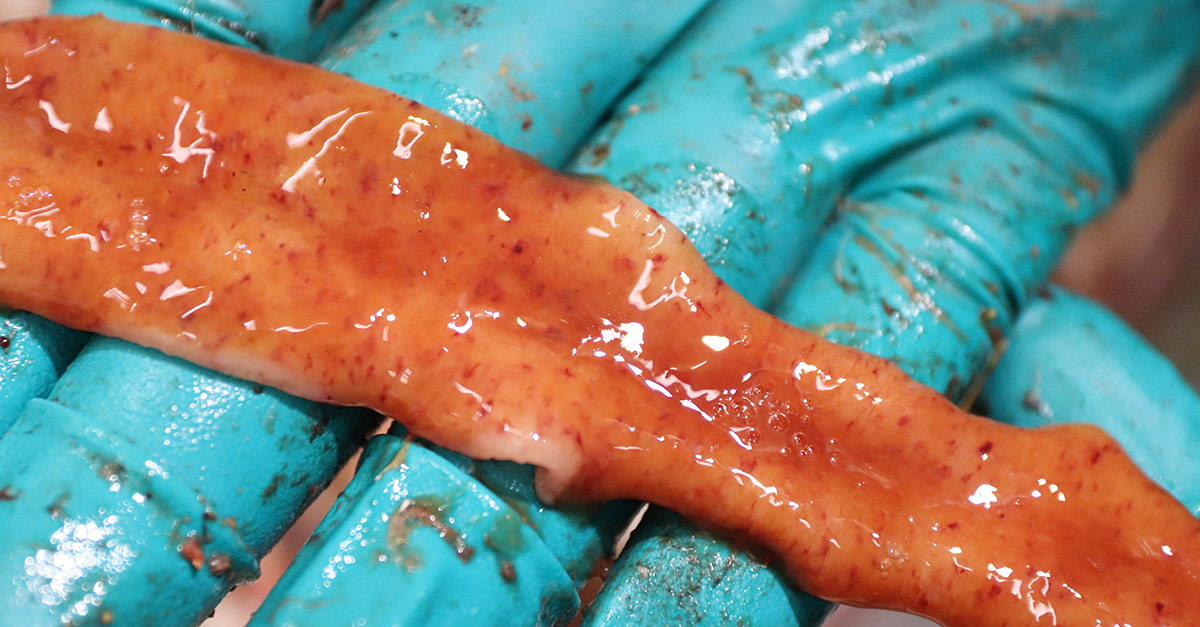 The Lesion Score is necessary to confirm an outbreak of coccidiosis. The diagnosis must be made in a representative sample of the situation in the shed.

It is also very useful to supplement the Lesion Score diagnostic with the oocyst count of the parasite excreted in the faeces (OPG), usually finding an increase of these OPG counts when the birds are suffering a coccidiosis outbreak.

Treatment of an outbreak of coccidiosis in chickens

If an outbreak of coccidiosis is confirmed, the usual treatment recommended for the birds is the administration of some of the coccidicidal products available on the market.

These include products with active ingredients such as amprolium, toltrazuril or medicinal products of the sulphonamide group.

The drugs must be selected according to the species of Eimeria (amprolium is especially effective against E. tenella and E. necatrix) – Chapman, 1989; Ruff et al., 1993), the type of production and/or its availability on the market (sulphonamides can have long withdrawal periods, and they are not authorised in many countries for layers and breeders) (Diseases of Poultry, 2020).

Before starting treatment, it is advisable to take a sample of the litter to complete the diagnostic picture with OPG counts.

Nevertheless, two facts must be borne in mind. Firstly, that coccidiosis is a self-limiting disease, as strong immunity develops during the replications of the parasite causing the outbreak; and a second aspect is the fact that once an outbreak has been triggered, the intestinal damage has already been caused, so that in reality anticoccidial treatment at this point is not effective in reducing the damage.

If the outbreak is not confirmed, it is recommended that a differential diagnosis be carried out with other enteric diseases, especially necrotic enteritis.

The absence of a clinical outbreak of disease does not mean that coccidiosis is not present or that it is totally controlled, and it is possible that there is subclinical coccidiosis.

It will be necessary to carry out an overall evaluation of intestinal health to assess the situation and to achieve the best productive results from the birds.

Prevention of coccidiosis in chickens

So as not to suffer the devastating consequences that this disease can cause, prevention is better than cure.

Because of this, the industry is aware of the importance of using one or more of the strategies that are available on the market, either anticoccidial drugs or vaccines, with a special preference for those attenuated for precociousness.

Nevertheless, despite the use of preventive measures, such as the use of coccidiostats, outbreaks of the disease can still occur if they are overused, with the generation of resistance.

This is also the case with the use of non-attenuated vaccines, because of the excessive replication of these. Or because of poor management practices (example: not following the guidelines of the SPC for a vaccine attenuated for precociousness).

Why can Eimeria vaccination play a key role in the current German poultry industry?