Why can Eimeria vaccination play a key role in the current German poultry industry?

German layer hatcheries handle around 120 million hatching eggs annually. Around 49 million layers are placed on German farms, of those, around 6 million are organic layers (Nebel U. et al., 2010). At the beginning of 2021, the German animal protection law changed: in 2022, all culling of day-old male chicks at hatchery level would become illegal (TierSchGÄndG 6, BMEL). In this situation, Eimeria vaccination can play a key role.

This legislative change has attracted widespread attention in the media (BerlinerZeitung, DW), as Germany is the first country to implement this measure. Because of this, a question occurs to us: what is the best option with regard to these male chicks in terms of laying genetics? 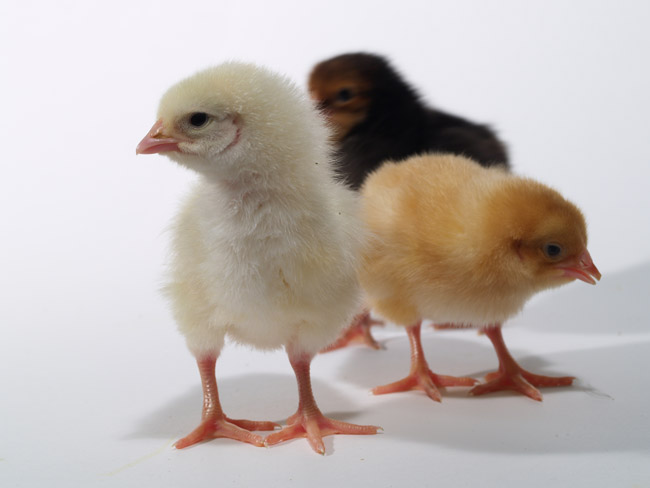 Questions arise regarding the fate of males as a result of the current changes in German legislation.

Solutions to the legislative change in the management of layer males

To respond to this requirement, the German laying hen industry is currently considering three different options:

Nowadays this is possible on the 9th day of incubation at the earliest.

The German legislator has already announced that day 9 is too late and needs to be reduced to day 6, because the chick starts to experience pain sensation on day 7.

Currently it is not foreseeable whether technology, capacity and economics can support this option. It is expected that the technologies involved in this selection can be gradually improved, with the aim of achieving selection prior to the development of the pain sensation.

b) The use of “Dual use chickens”

However, mixed genetics, as in other livestock, may have a place in the German market, where regionally produced, organic products that comply with animal welfare standards are increasingly in demand (Bielinska K., 2020). 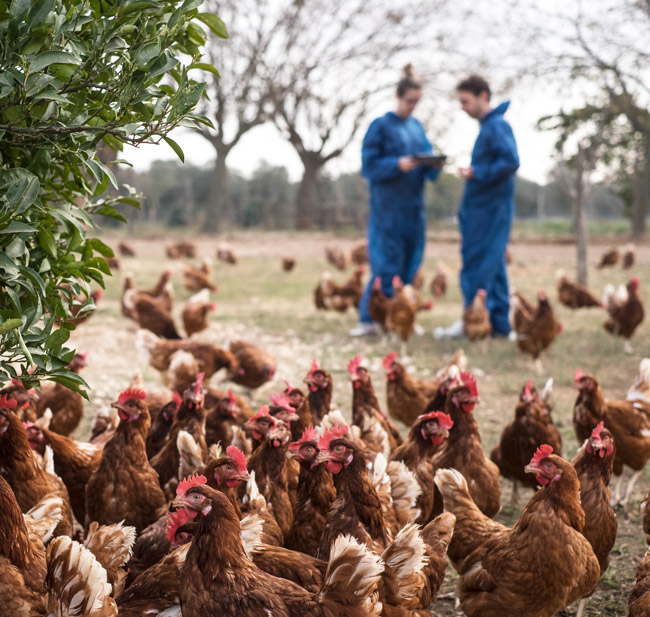 c) Rearing of “male brother chicks” of the layer breeds

Currently this option is gaining some ground in Germany, as grocery retailers have started promoting eggs which originate from layers where the brothers were reared.

The rearing of brother chicks does not make sense, if considered only from an economic point of view: the fattening period is long, between 14 and 18 weeks. A live weight of 1.5 kg to 2.1 kg can be achieved; FCR can be around 4 – which indicates a high level of expenditure for the producers.

Finding the right slaughterhouse is another problem, because these birds do not always fit on to the slaughterhouse lines. Marketing of this meat can be difficult, because of its cost.

Because of the above-mentioned effects, it is possible that eggs that are sold will need to cross-subsidize the rearing of the brothers at around 2 euro-cents per egg.

With all these options, Eimeria vaccination will remain an important practice in laying hens, both caged or free-range birds, as indicated in previous posts (June, 2020 ; April, 2021). Besides, the reared males should also be vaccinated against coccidiosis.

Although the benefits of Eimeria spp. vaccination are clear in regular fattening broiler production (September, 2019), they are even clearer in the productions proposed in the last two solutions to this legislative change.

In these types of production, in which the rearing periods are increased, the possibilities of suffering an outbreak of coccidiosis produced by Eimeria spp. are also increased. Because of this, vaccination against Eimeria spp. by precocious strains at an early age can provide a strong and long-lasting immunity (Dalloul et al., 2005), preventing both clinical and subclinical coccidiosis, favouring general gut health and nutrient absorption.

The rearing periods can be similar to other chicken productions such as the French Label Rouge or Vietnamese native chickens, where vaccination is widely implemented. The choice of the vaccine type against coccidiosis will depend on the field challenge of Eimeria species that is presented.

HIPRAMUNET® T, included in both EVALON® and EVANT®, is able to increase the levels of IL-2 and INF-γ, key compounds in a stronger and longer-lasting immunity against coccidiosis.

The potential consequences of this decision by the German government are still unknown. However, in the coming year, other countries such as France may possibly take similar decisions due to the implications for animal welfare (PoultryWorld).

Vaccination against coccidiosis of commercial pullets in the U.K. as a preventive treatment