The use of live vaccines against coccidiosis in broiler chickens has been shown to be a highly effective solution in the face of the increasing resistance to coccidiostats shown by parasites of Eimeria spp.

One of the most important decisions that have to be taken in broiler production in order to preserve or improve zootechnical or financial results is the design of preventative treatment for the control of coccidiosis.

In these programmes, coccidiostat drugs are generally used in the feed, which have traditionally been considered to be sufficient to control coccidiosis disease. 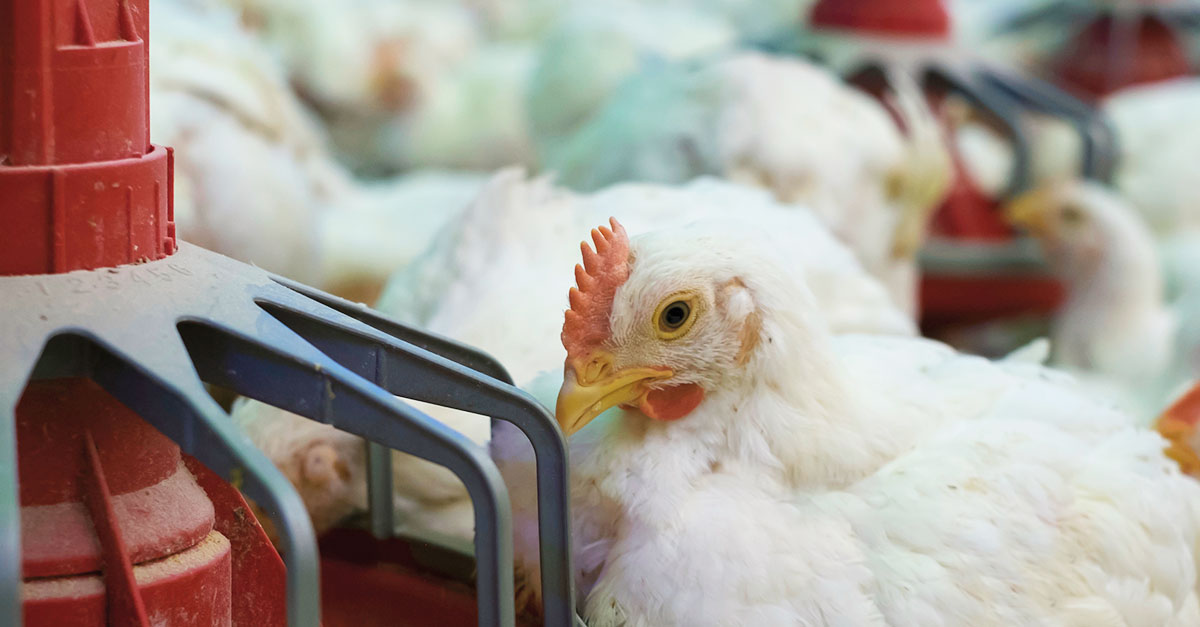 However, it has been observed that the degree of resistance of Eimeria spp. to coccidiostats is continuing to increase, even with the use of rotations of different products during and between production cycles.

This is due to the continuous and excessive use of the same anticoccidial molecules, as no new active ingredients have been introduced in the last 30 years.

Moreover, the growing trend of consumers and authorities to demand products of animal origin produced without the use of antibiotics, anticoccidials and other drugs, together the risk of contamination of these animal productions because of the high doses of coccidiostats that are needed, have led the poultry sector to search for alternatives for the control of coccidiosis.

Given this situation, vaccination represents the main alternative for the protection of birds against the disease.

And it may be the only method of prevention, with continuous vaccination in every productive cycle, or, and this is currently the most widely used method, by rotating several continuous cycles using vaccines (2-4 cycles) in the same house, alternating with other cycles in which coccidiostats are included in the feed.

With the use of this last method of rotation, after several continuous cycles of vaccination, field strains of Eimeria spp., which are resistant to coccidiostats, are replaced by vaccine strains that are completely sensitive to all the anticoccidial drugs.

So these can again be included in the feed in subsequent cycles, with a recovery of the yield for the following 3-4 productive cycles.

With the live vaccines attenuated by precociousness, it is possible to avoid all the consequential problems that have traditionally been associated with the use of vaccines against coccidiosis, because of the aggressivity of these non-attenuated or less attenuated strains.

This article will briefly review some field studies carried out in Northern European countries to demonstrate the efficacy of the use of vaccines attenuated by precociousness in the control of coccidiosis disease and in the recovery of the sensitivity of the parasite to anticoccidials.

Study 1: Field rotation in Belgium and the Netherlands (zootechnical parameters)

Seven houses belonging to 2 farms were vaccinated. Two consecutive vaccination cycles were carried out on one of them and 3 on the other (1,250,000 chickens in total).

The impact of a live vaccine attenuated by precociousness rotated with a traditional “shuttle” programme involving nicarbazin/narasin and salinomycin was evaluated.

Before vaccination, both farms were considered by the veterinary supervisors to be farms at risk of coccidiosis.

The signs of the disease were frequently apparent, from the number of oocysts per gram (OPG), lesion scores or presence of blood in the faeces.

The comparative results obtained on these farms were evaluated on the basis of the principal zootechnical parameters for the flocks of birds prior to vaccination (CBV), during vaccination (CDV) and after vaccination (CAV).

In general, we can conclude that there were no statistically significant differences between before and during vaccination. On the other hand, in terms of mortality percentage, FC2000 (feed conversion corrected to 2000 g) and EFEP improved during vaccination. 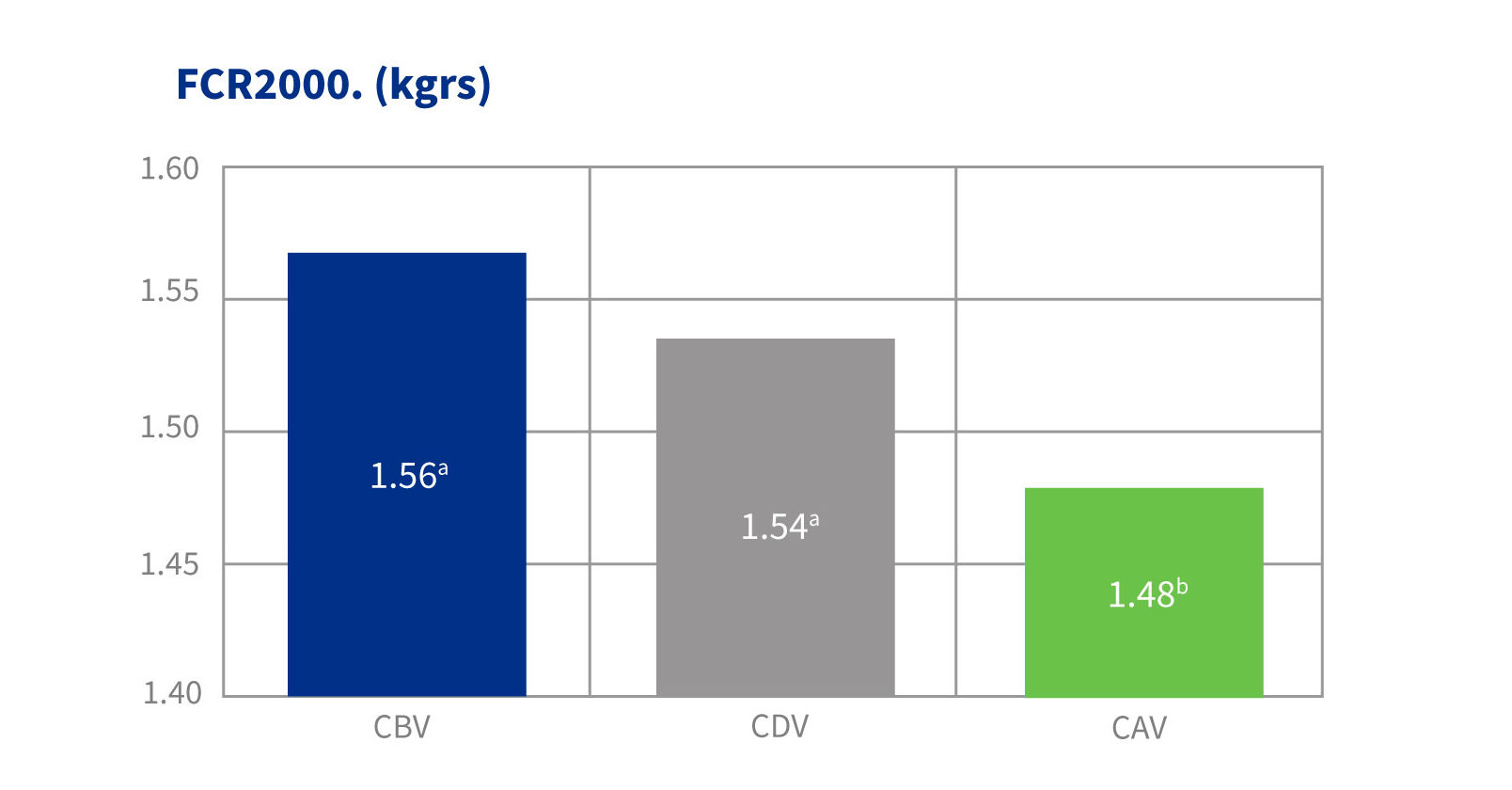 Graph 1: Feed conversion corrected to 2,000 g. The values with different superscripts are statistically different with P> 0.05 by one-way analysis of variance (ANOVA).

The situation after vaccination is very important: the absolute results for virtually all the parameters were better compared to those during vaccination whilst those for ADG, FC200 (Graph 1) and EFEP were statistically better than before and during vaccination.

As a consequence, it seems clear that the use of a live vaccine attenuated by precociousness promotes the recovery of sensitivity of field strains of Eimeria spp. to coccidiostats.

It was also interesting to note that vaccination appears to reduce mortality more effectively than when anticoccidials are used.

Eight farms were vaccinated in this field study (a total of 25 houses). The number of cycles per house in which the vaccine was administered varied between 2 and 6, with a mean of 4.3 consecutive cycles vaccinated.

This gave a total of 112 groups vaccinated, with a total of 2,330,000 broiler chickens. The farms had a history of having engaged in the excessive use of monovalent ionophores and/or nicarbazin, which caused outbreaks of clinical coccidiosis.

Before vaccination, a “clean up” programme was carried out (use of a chemical coccidiostat in a full programme) in approximately half of the sheds, with the aim of reducing the initial infection pressure of coccidiosis and maximising the probability of the vaccine strains repopulating the house. 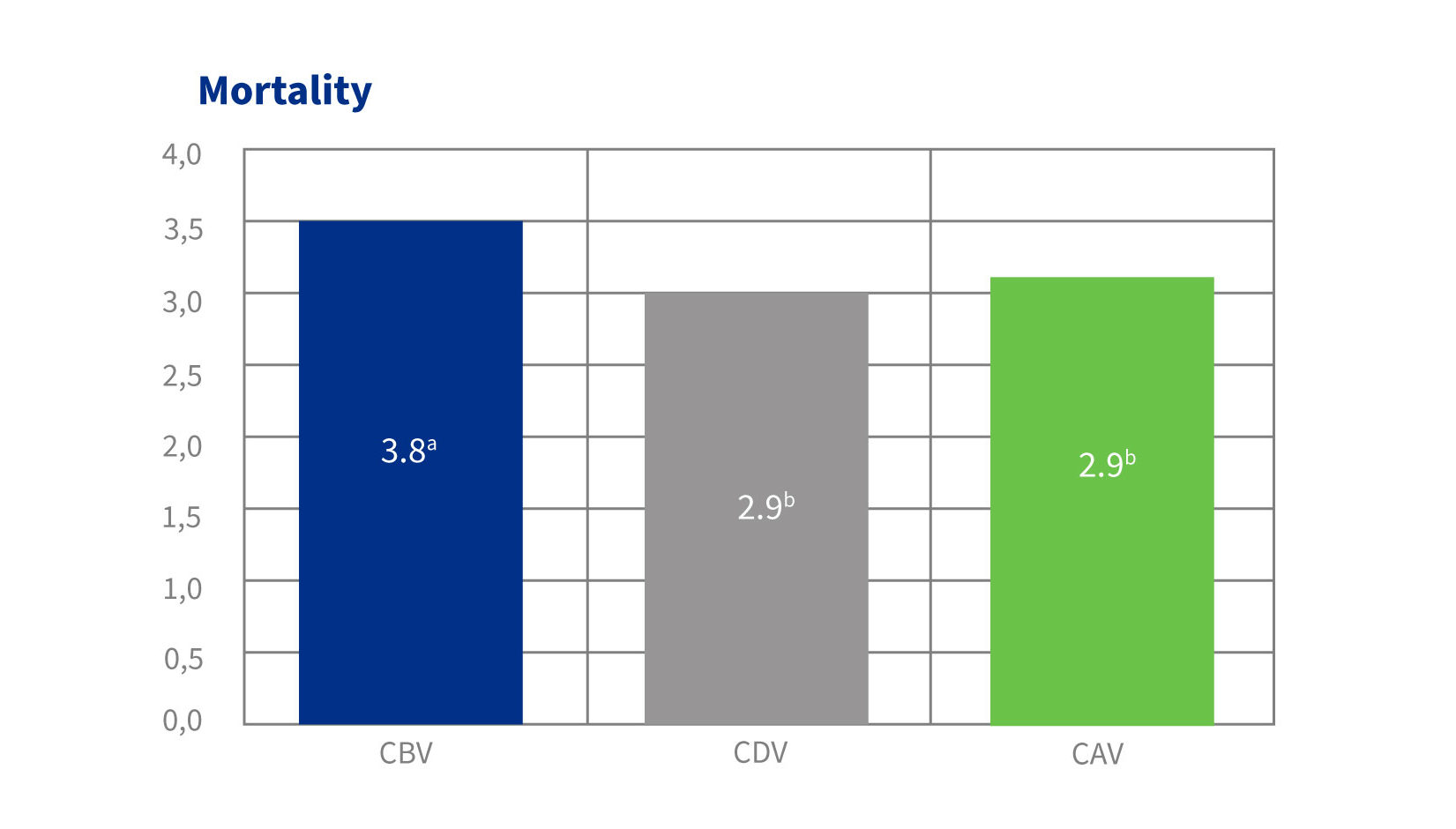 Graph 2: Percentage mortality. The values with different superscripts are statistically different with P> 0.05 by one-way analysis of variance (ANOVA).

The data obtained in the study showed that there were no significant differences in daily weight gain, body weight, feed conversion ratio and European production efficiency factors between the cycles produced with anticoccidials (before vaccination against coccidiosis) and the cycles produced during the use of a vaccine attenuated by precociousness against coccidiosis.

These results, like those in the previous study, are the consequence of the resensitisation of the Eimeria spp. population to coccidiostats.

Study 3: Field rotation in Belgium (use of anticoccidial and antibiotic drugs)

This final study shows the effect of the use of a vaccine against coccidiosis attenuated by precociousness on the use of medicinal products on 21 farms (a total of 56 houses). This gave a total of 5,404,000 vaccinated chickens.

The farms had a history of severe outbreaks of clinical coccidiosis. The conditions were similar to those of the previous study, with a “clean up” programme using a chemical coccidiostat before vaccination, and after this a return to the original programme based on monovalent ionophores and/or nicarbazin.

The treatments were classified as treatments for coccidiosis and gastrointestinal antibiotics. For each of these, the days of treatment per cycle and the quantity of active substance per kg of chicken (mean weight) were calculated.

With the results of this final study, it was possible to verify that by means of vaccination, as well as reducing the use of anticoccidial drugs, there was also an indirect positive effect on other diseases, because of an overall improvement in intestinal health.

As a result of this, the quantity of antibiotics used for enteric diseases decreased during and after vaccination (Graph 3). 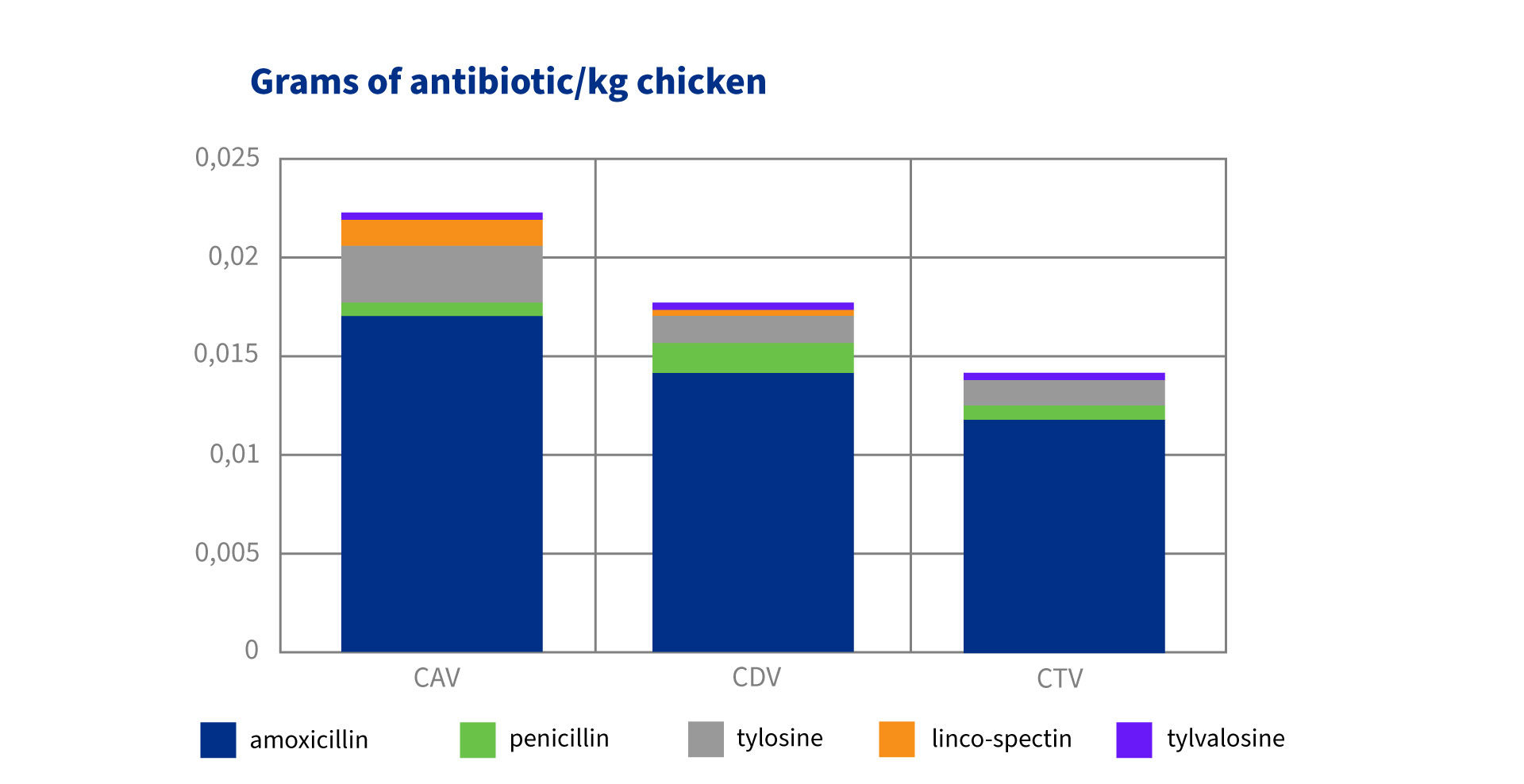 Graph 3: Grams of intestinal antibiotic medication used for each kilogram of meat produced.

The results of all the above studies show that the use of a vaccine attenuated by precociousness against coccidiosis in a rotational programme is a very good solution for the improvement of the zootechnical performance of broiler chickens and, in addition, for compliance with the recent standards concerning antimicrobial resistance.