There is a large number of species of the Eimeria parasite that cause coccidiosis disease, both in birds of the genus Gallus gallus and in other species of commercial and wild birds. The identification of the particular species that is affecting a population can be complex, especially in the case of subclinical coccidiosis, as the characteristic lesions of the disease will not be visible. The use of qPCR analysis can be a very useful supplementary technique for the diagnosis of these cases, that could also be a tool to be used to confirm the correct management of a coccidiosis vaccine for chickens. 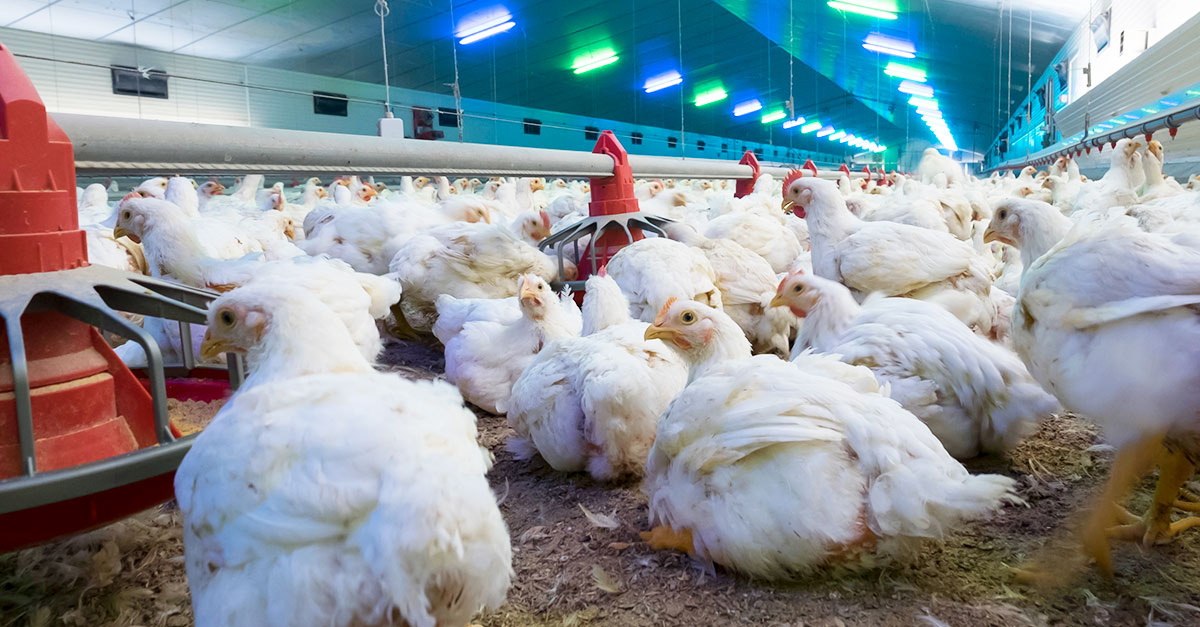 In previous posts (July, 2016), it was shown how  qPCR or RT-Q-PCR (quantitative or real time Polymerase Chain Reaction) contributed to the diagnosis of coccidiosis.

This technique makes it possible to determine the quantity of genetic material of a particular species of Eimeria spp. in a sample.

The emergence of genetic diagnostic techniques has represented a great advance in the identification of Eimeria spp. Before the use of these analyses, the morphometry of the parasite oocysts was used as the reference technique to determine the species present in a sample, based on the  distinctive characteristics of each type of sporulated oocyst (Hodgson, 1970).

The morphometry of the oocysts of each species differs to a greater or lesser extent  between the species (length and width of the oocyst, perimeter, area, curvature of the capsule, texture of the interior or the symmetry and/or size of the sporocysts) (Long et al., 1976)(Long & Reid, 1982).

Therefore, with practice and a good diagnostic eye, it is relatively easy to distinguish between species. However, there are some species that are very similar morphologically.

Recently, the identification of oocysts of Eimeria spp. by morphometry has improved considerably thanks to the introduction of data intelligence (Castanon et al., 2007).

Computational analysis allows a more precise diagnosis to be made of the different species that are present. It allows diagnostic errors caused by the human factor to be reduced.

Despite these advances, certain species are still difficult to differentiate. The regular confusion of oocysts of Eimeria brunetti with those of Eimeria necatrix, or of Eimeria tenella with Eimeria praecox, means that the technique of diagnosis by quantitative or real-time PCR (qPCR) is an alternative of great interest. 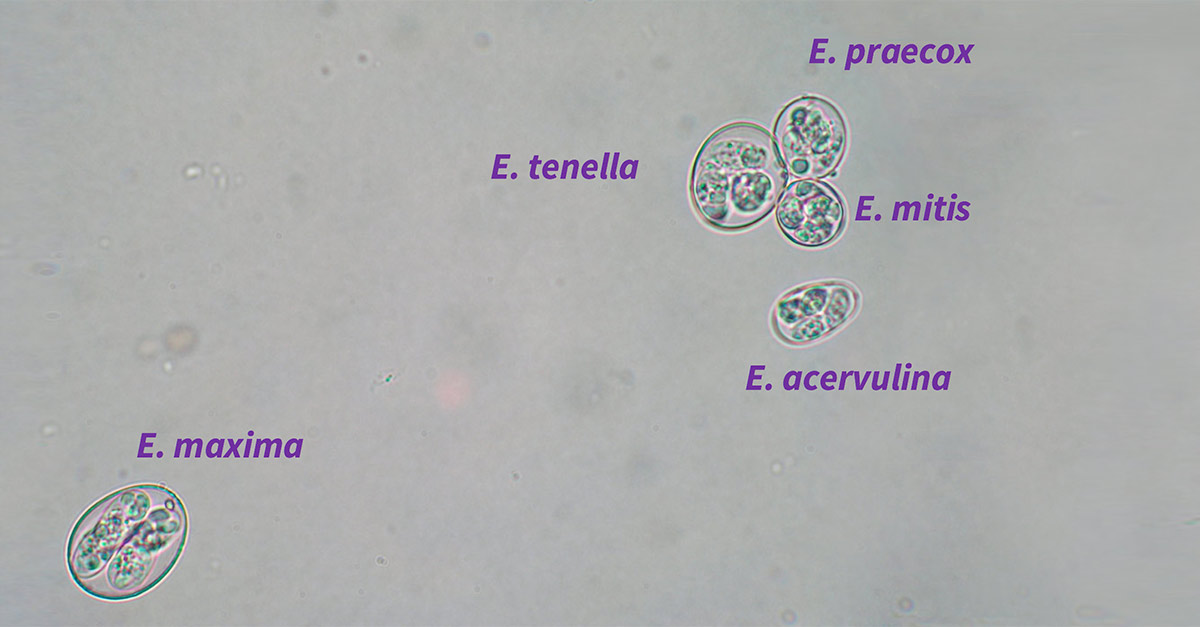 The similarities between oocysts of different species can lead to errors of identification in morphometric evaluation. qPCR will make it possible to differentiate species by their genetic material.

In order to obtain a precise diagnosis, this should be done together with other techniques (April, 2020), such as Lesion Scoring or counting of excreted oocysts. q-PCR can be a useful tool on these occasions.

The use of specific primers (to start the reaction necessary for the qPCR) for the genes of each species can help to avoid the usual confusion that occurs between morphometrically similar species.

Interpretation of the results of a qPCR technique

In this way, qPCR makes it possible to identify which species of Eimeria are found in the largest numbers in the same sample. However, this is a semiquantitative technique and it is advisable to view it in relation to the oocyst count in the same sample.

Example of the result of a qPCR, together with an oocyst count (OPG). The use of both techniques makes it possible to make a complete diagnosis in certain circumstances.

The following factors must be taken into account with the use of qPCR:

Example of a qPCR run for a particular species.

The image shows the results of a qPCR run, expressing the amount of fluorescence (amplified target DNA) detected in each amplification cycle of genetic material.

The Ct value (the threshold cycle) represents the number of cycles necessary for each sample to be detected as “positive” (to cross the threshold).

In the diagnosis, the Ct value provides a guide to the quantity of genetic material in a sample. The values expressed in the image are an example. Each species, materials used and laboratory determine the cut-off values.

Both the diagnostic interpretation and the time at which this technique may be useful should be determined with the technical manager (clinical veterinarian) at the farm or with the representative of the laboratory that produces live vaccines against avian coccidiosis.