Very often, little attention is paid to certain procedures that are regarded as simple or logical. In the area of poultry production, an example of this is the diagnosis of coccidiosis in chickens. In this article, we will look at one of these “routine” procedures that support both diagnosis and evaluation of the performance of a vaccine against coccidiosis in chickens, namely counting the excreted oocysts of the parasite, and the best techniques for obtaining the most precise result possible.

As described in previous publications (April, 2020), the Eimeria oocyst count (OPG – oocysts per gram) can have different uses in the diagnosis of coccidiosis. However, the interpretation is complex and various factors have to be taken into account.

These include: the type of poultry production, the time in the life of the birds, the treatments used to combat coccidiosis (either anticoccidial medication or a coccidiosis vaccine for chickens) or the type of sample obtained. 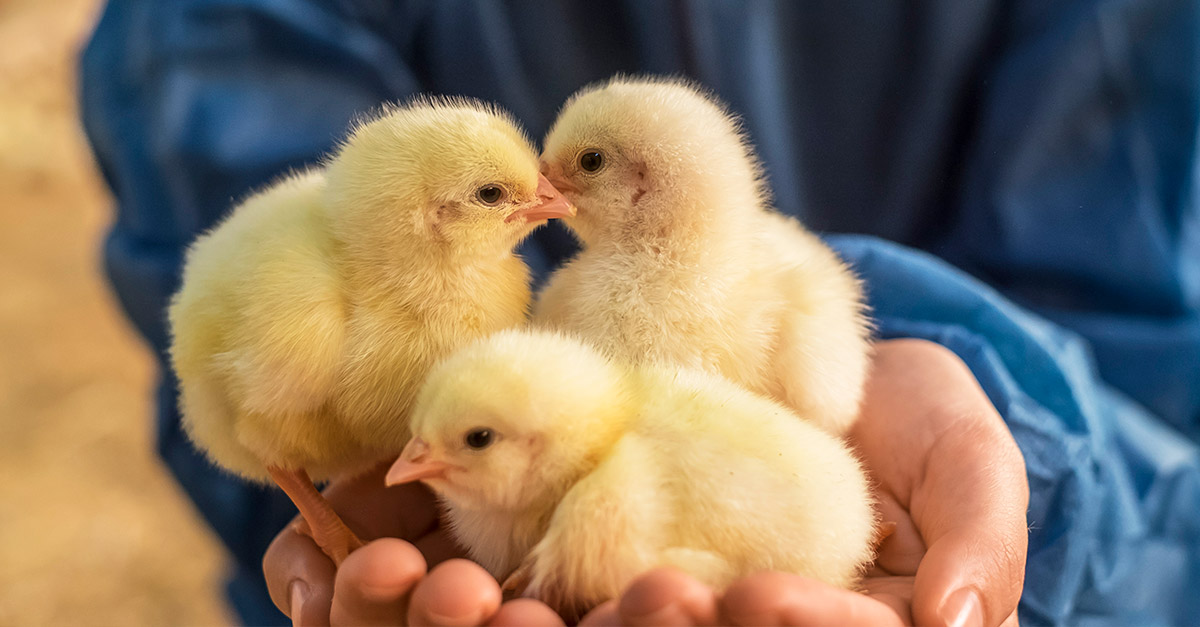 One of the key points in getting the best out of this technique is to obtain samples of faeces and/or litter on different days whilst the birds are being reared. A single sample can provide us with a certain amount of information, but this will be limited.

This is especially relevant when evaluating the performance of a vaccine against coccidiosis in chickens, and determining when immunity was developed.

It is therefore recommended that counts are performed regularly (at least once a week, with the same interval between) in order to obtain invaluable information on this process of immunisation.

For this reason, one of the many services that HIPRA offers to its clients is the EIMERIACHECK® programme.

This programme consists of a protocol for tracking the administration of the vaccines, both EVALON® and EVANT®, and the regular sampling of excreted faeces or litter in the days following administration, in order to carry out the OPG count. 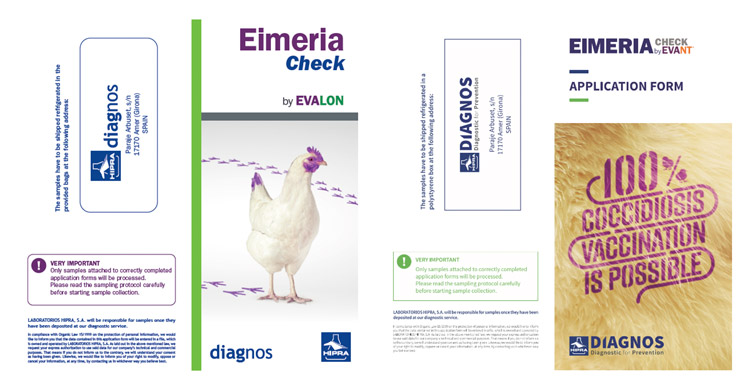 The EIMERIACHECK® programme has been developed in order to provide poultry producers with comprehensive diagnostic tracking.

Previous publications have dealt with the specifics for correct vaccine administration (August, 2019).

With regard to sampling on the farm, the usual sampling protocol is as follows: 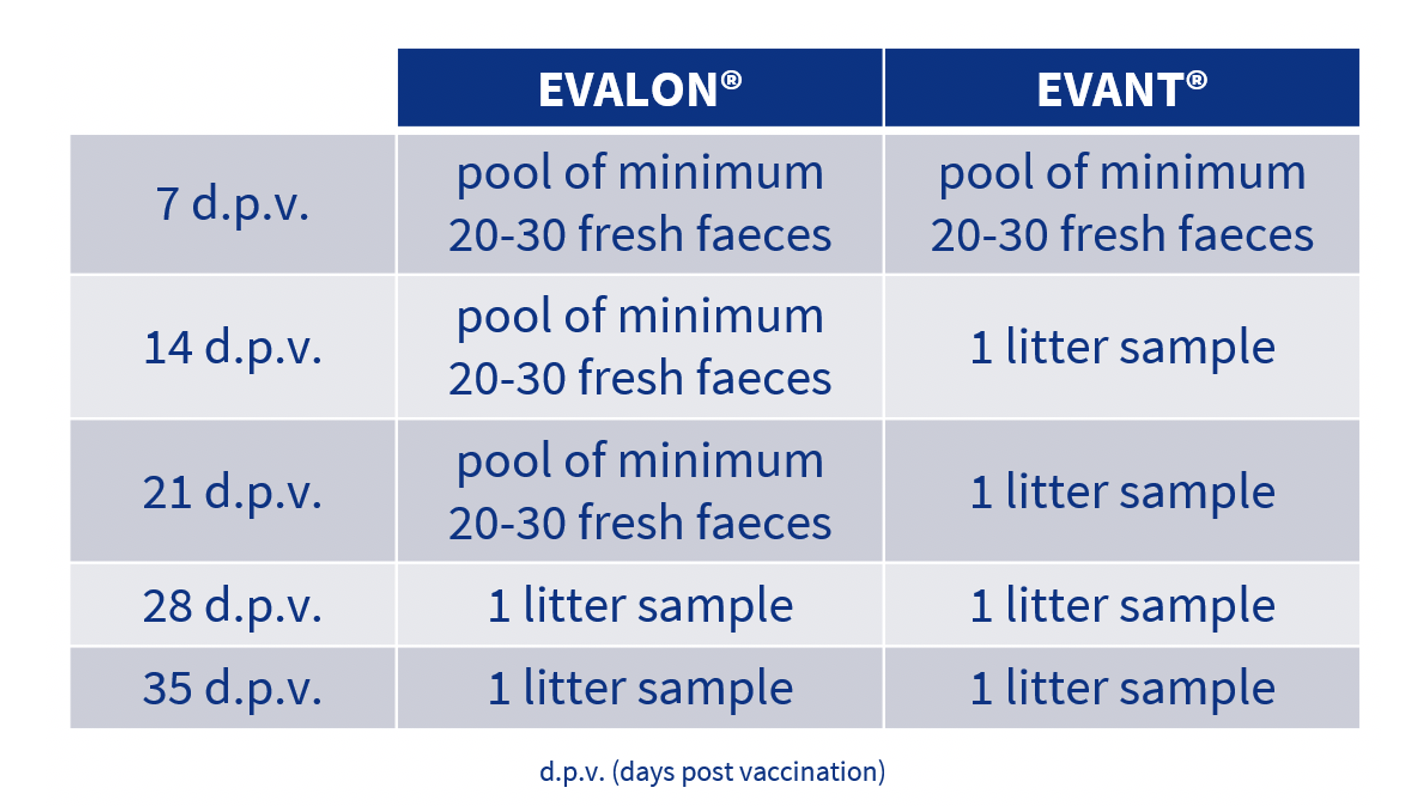 This sampling protocol provides a representative picture of the situation of farms with regard to coccidiosis and immunisation against it.

As we can see, the protocols consist essentially of two types of samples: fresh faeces and litter. The type of sample obtained at any point in time is different, not so much because of the coccidiosis vaccine for chickens that was administered, but because of the type of poultry production for which each of them is intended.

The litter sample provides a highly representative picture of what is happening with regard to the level of coccidia replication (whether vaccine or field strains) in the whole flock of birds.

However, during the birds’ first few days of life (which usually coincide with the first days post-vaccination), the small size of the chickens, as well as of their excreta, mean that the parasitic load in the litter is not representative of the oocyst load actually excreted by the chickens.

Therefore, samples are taken of fresh faeces at 7 days, whether EVANT® or EVALON® is used. The OPG count in faeces provides us with information that allows us to confirm that the first cycle of vaccine replication has taken place.

Subsequently, in the case of breeder production (vaccinated with EVALON®), the recommendation is to continue analysing fresh faeces sampled at 14 and 21 days post vaccination. This difference compared to sampling in the case of broilers, where samples are taken of the litter, is because of the usual density of birds in this type of production.

Thus, in the case of breeders, the stocking density is usually lower, so that the time needed for the litter to contain a representative picture of the situation regarding coccidiosis, is longer.

How should samples be taken for the OPG count?

Whether the samples are of fresh faeces or litter, the aim of the programme is to provide a representative picture of the shed. The samples must therefore be taken randomly from throughout the area occupied by the birds.

In the case of faeces, taking samples from faeces that have been excreted a long time previously is not recommended. This is because they lose moisture, so that the oocysts that are excreted may deteriorate or die. In addition, the birds tend to tread on them, so that the representative picture that they provide is lost almost as soon as they are excreted.

When the litter is collected, it is recommended that approximately 10 handfuls are taken from different locations to make 250 grams per shed. This should be from the uppermost layer where the oocysts replicate.

Sampling should be random and representative.

Finally, all the samples obtained should be stored at between +2 and +8ºC, in order to preserve the oocysts until they reach the diagnostic laboratory.

Particular care should be taken to ensure that the samples are correctly referenced, individually, by sampling date and shed, and that they are not frozen (paying particular attention to the back wall of the refrigerator, as samples can be frozen by coming into contact with it) (Doran et al., 1969). The samples may be stored for 4-5 weeks until they are sent to the laboratory (Reid, 1990).

If these conditions are met, the possibility of obtaining a representative diagnosis will increase, not only as regards the coccidiosis situation on a farm, but also as regards the performance of a coccidiosis vaccine for chickens.