Shattering myths about coccidiosis in chickens: is coccidiosis control possible by means of 100% vaccination in broilers? 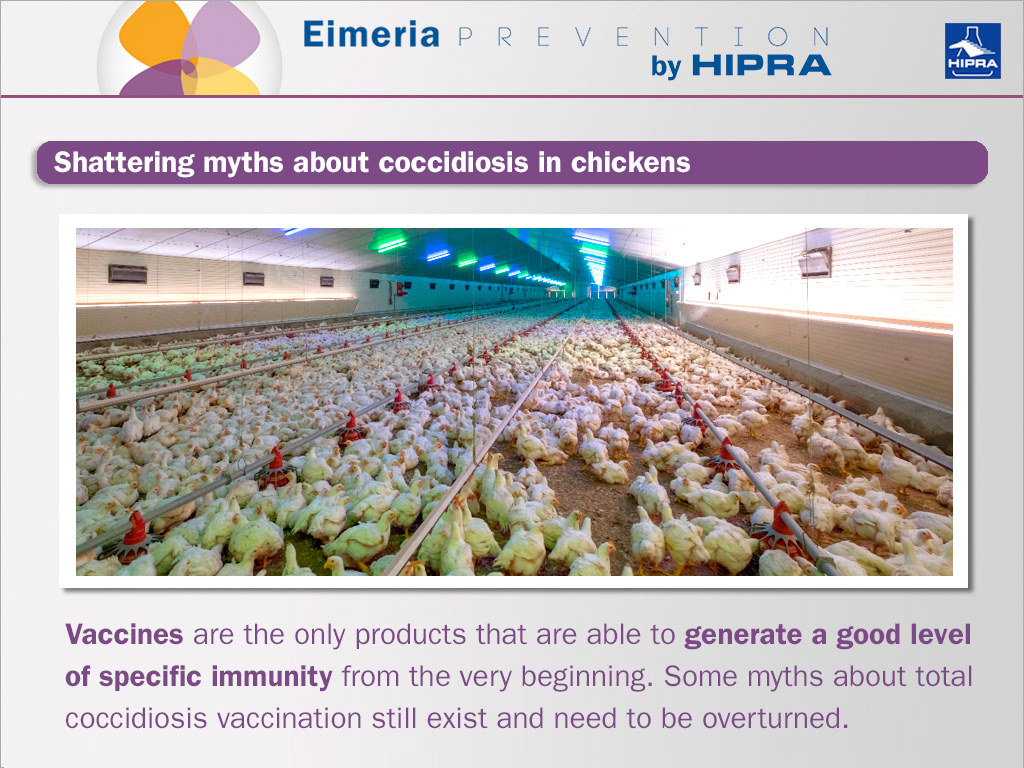 Without any doubt, the industry does question 100% coccidiosis vaccination in broilers. So far, this 100% vaccination has been limited to some niche productions, such as free-range, organic and native/coloured chickens in the case of Asian countries. These productions have adopted vaccination against coccidiosis in a natural way, without any problems or any changes in the way of production. In standard broilers, it would be the opposite. Coccidiosis vaccination has been confined to rotation cycles that look for an improvement of the sensitivity profile of Eimeria field strains against coccidiostats thanks to the use of vaccinal strains. This last effect is commonly recognized and nobody has any doubts about it. With the currently increasing problems of drug-resistance and pressure from consumers to ban drugs from animal feed, there is a pressing need to move away from chemotherapeutic agents towards vaccination for the prevention of coccidiosis in chickens. Furthermore, vaccines are the only products that are able to generate a good level of specific immunity from the very beginning. Nevertheless, some myths about total coccidiosis vaccination still exist and need to be overturned. In this post, we are going to set a challenging challenge, we are going to show that 100% coccidiosis vaccination in broilers is possible, but beforehand we will have to shatter several myths:

1. Coccidiosis vaccines cause evident gut lesions and require the use of anticoccidial medications.

First of all, we have to be aware that not all coccidiosis vaccines are the same, as we already described in a previous post where we focused on the characteristics we need to look at in a product for the prevention of coccidiosis in chickens. Primarily, we need to keep in mind that vaccines made of attenuated by precociousness strains are the only ones able to assure minimum impact on the intestinal mucosa and no impact on performance, whilst maintaining the highest immunogenicity. Also, these strains have a lower reproductive potential and for this reason they will never be able to over-replicate. Hence the lack of need to use anticoccidial drugs.

2. Vaccination for coccidiosis in chickens means an increase in the cost of production. 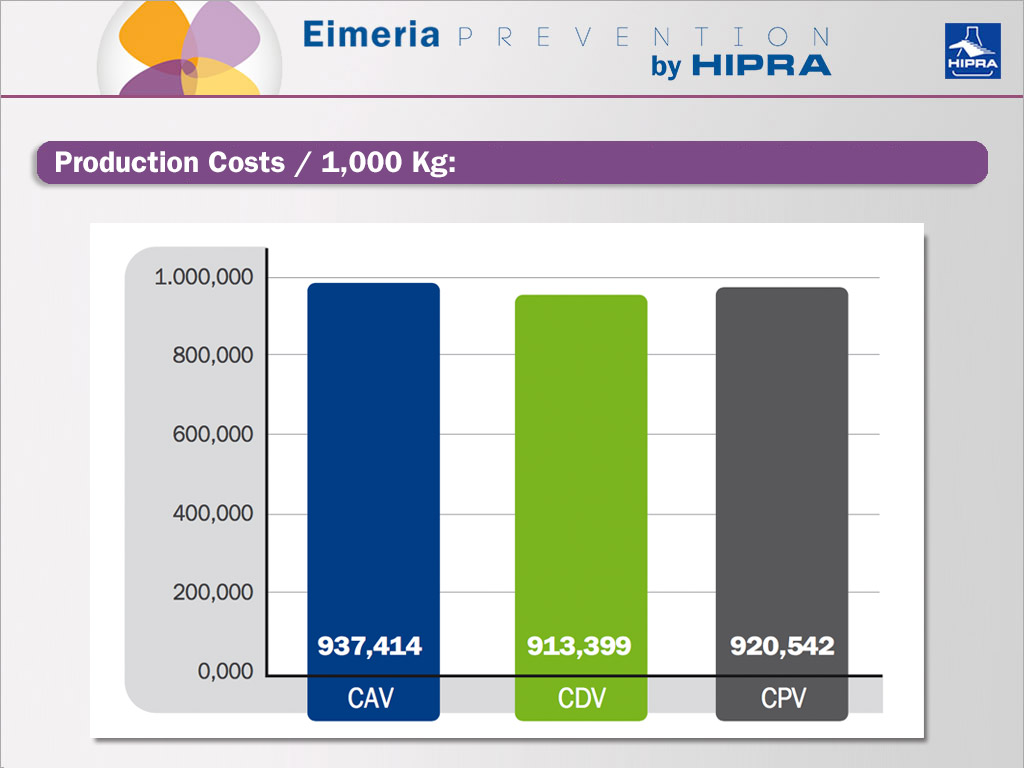 During a set of field trials in Spain, we were able to demonstrate that in fact this is not true: results showed that during the cycles where HIPRACOX® was used, the production costs for each 1,000 kg were always lower compared to the cycles where anticoccidials were used.

3. Vaccination for coccidiosis in chickens means a greater use of antibiotics. 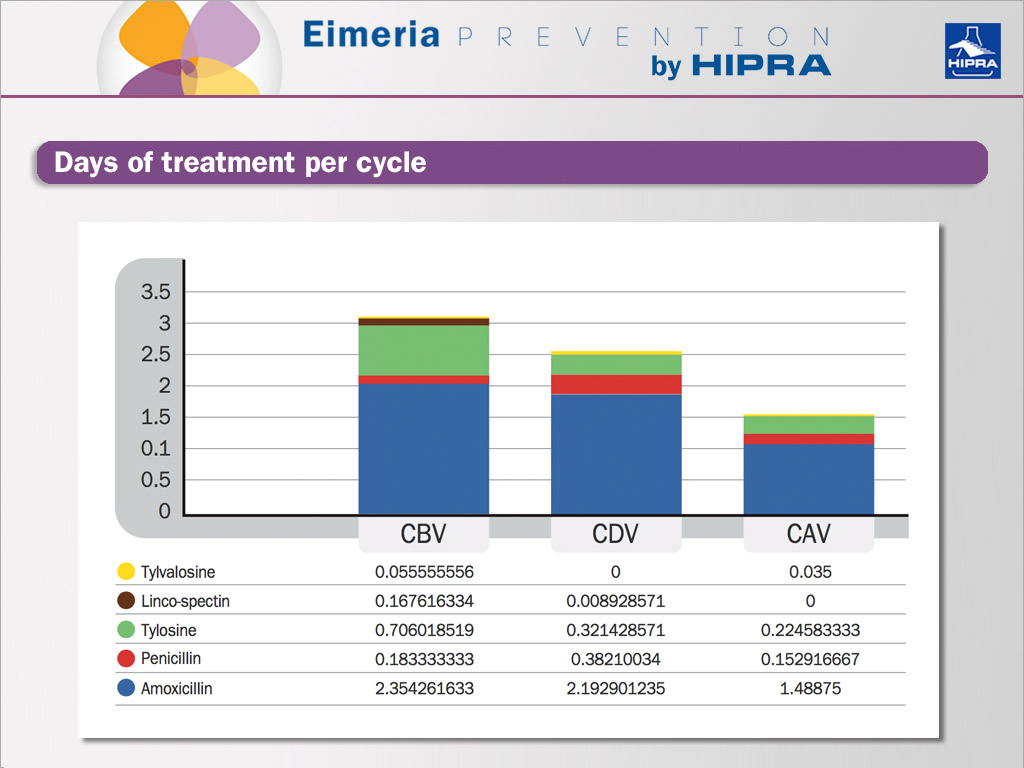 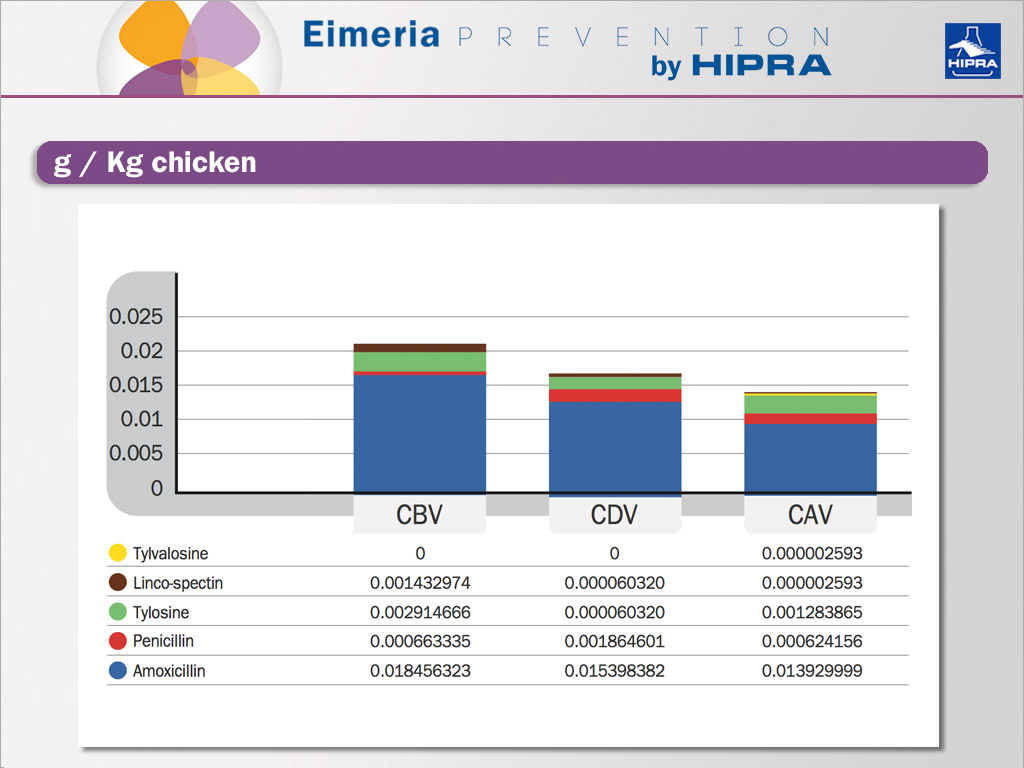 During a set of field trials in Belgium, we showed that the amount of antibiotics used for gastrointestinal treatments with the vaccinated flocks was always lower compared to the amount used before vaccination when anticoccidials where employed.

4. The use of vaccines for coccidiosis in chickens worsens the Feed Conversion Ratio (FCR) of the flock. 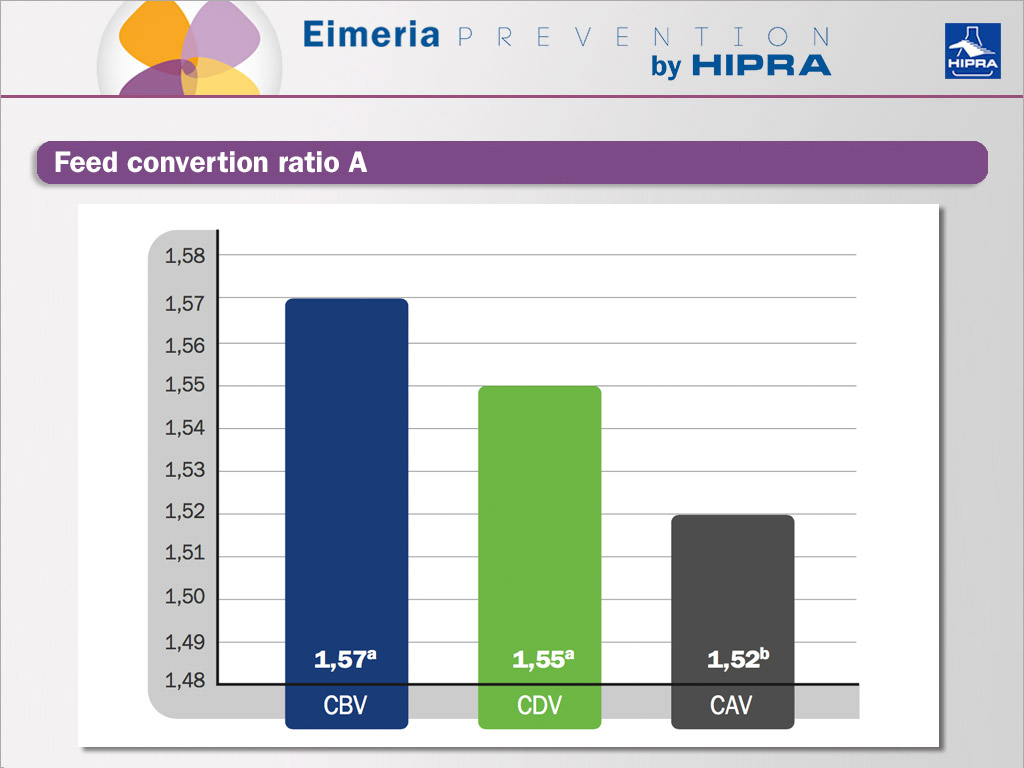 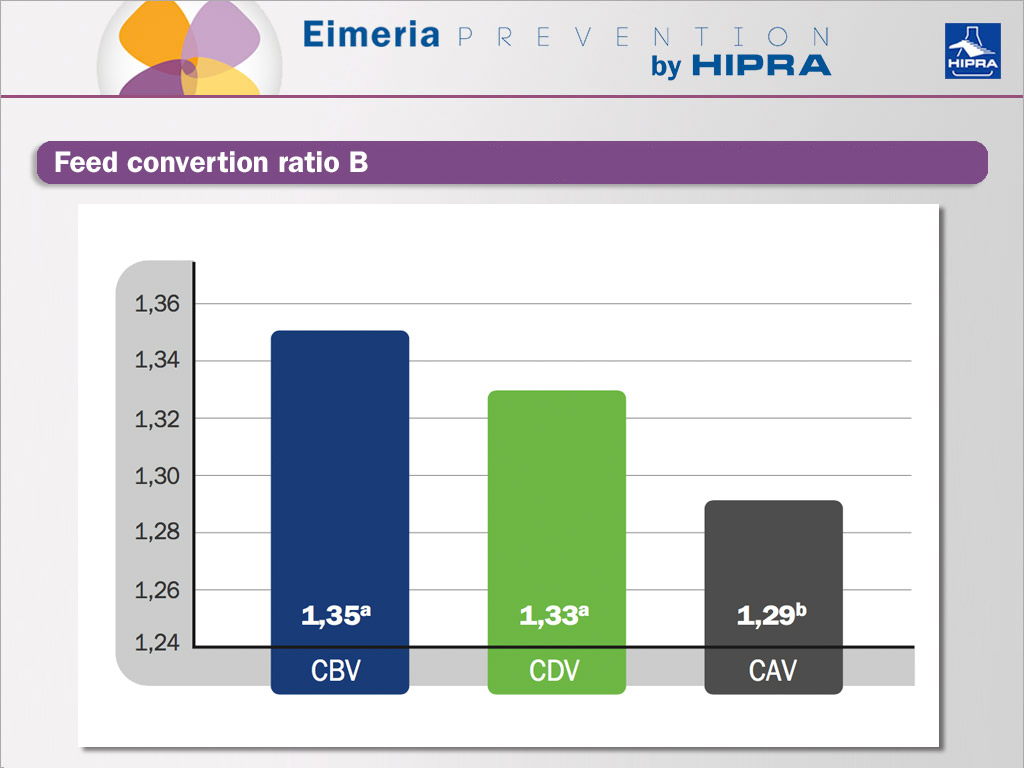 Again, this is not true. We have seen in several field studies in the North of Europe that the use of coccidiosis vaccines resulted in a better FCR for the flock, with an average improvement of 2 to 3 points when compared with the average for the flocks using anticoccidials. Even if we have been able to shatter these myths, there are still several questions that need to be answered and variables that can influence the achievement of production without coccidiostats. In fact, coccidiosis in chickens is strictly interconnected with gut health, as whatever modifies gut balance also has an influence on this disease and vice versa. Surely nowadays optimal gut health represents the starting point for the ever-increasing demand for the reduction of antibiotic and coccidiostat use.
Previous Post

Rotation strategy with vaccines against Eimeria: a way to improve productive results in broilers