One of the biggest challenges in poultry production nowadays is to learn how to raise chickens without antibiotics and coccidiostats. This will automatically result in an increased need to rely on prevention strategies, especially Eimeria vaccines. But are Eimeria vaccines and antibiotic reduction incompatible or can they coexist? 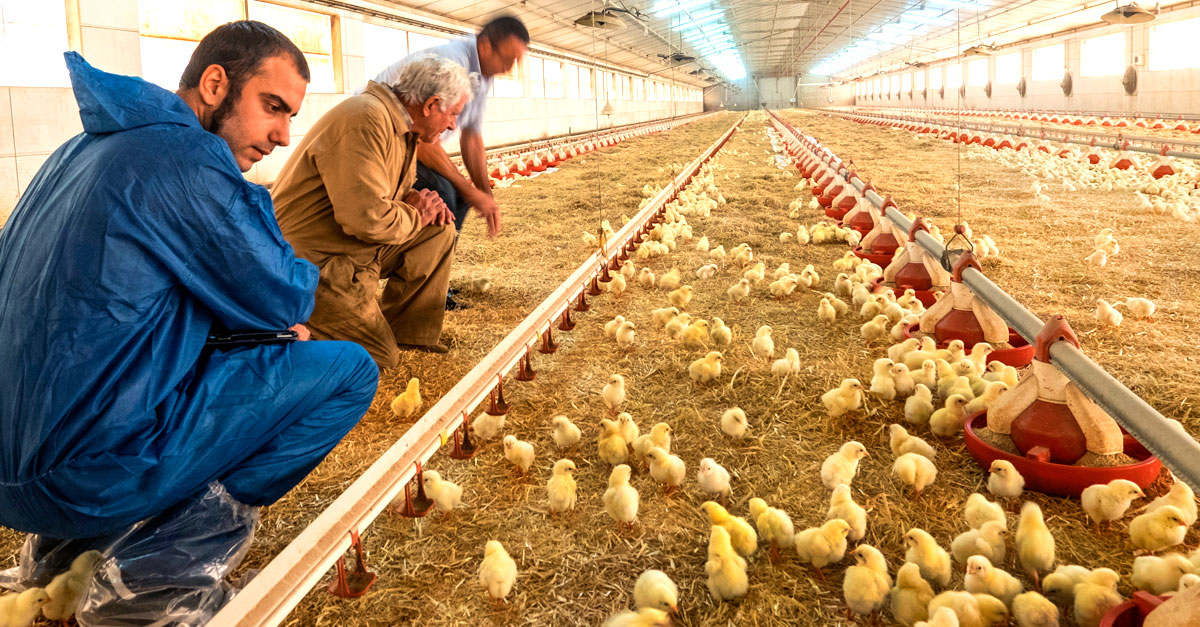 Coccidiosis caused by Eimeria parasites is one of the most common and widespread diseases in modern commercial poultry systems.

What’s the real cost of Coccidiosis?

Coccidiosis caused by Eimeria parasites is one of the most common and widespread diseases in modern commercial poultry systems.

The global cost of coccidiosis has been recently estimated to be over $3 billion per annum.

This cost calculation is based on direct production losses and indirect costs for prevention measures.

For this reason, since the beginning of industrial broiler production, for every single flock placed on a farm preventive measures have to be planned in order to protect the chickens from coccidiosis.

Coccidiostats have been and still are the most widely used prevention tool in broilers.

However, there are concerns about reduced sensitivity of Eimeria parasites because of the prolonged use of these drugs.

Therefore, the use of new tools, such as anticoccidial vaccines, has attracted the attention of many poultry producers.

However, nowadays, there is also another big concern that the poultry industry has to deal with: the use of antibiotics.

As with coccidiostats, the widespread use of antibiotics has led to problems of resistance, which has meant that some of these drugs are no longer effective, the biggest concern being for humans.

In fact, governments and world organizations involved in public health (such as the World Health Organization) are all working in the same direction, towards decreasing antibiotic usage so that fewer numbers of bacteria are exposed to antibiotics and fewer resistant genes develop, both in human and animal medicine.

Prevention of coccidiosis with Eimeria vaccines and without the use of anticoccidials is now a reality for forward-looking poultry producers.

In the last 10 years, the use in the field of attenuated vaccines like HIPRACOX® within rotation programmes – alternating cycles with vaccines and cycles with coccidiostats – has given more and more poultry producers the opportunity to improve their experience of rearing broilers with fewer preventive coccidiostats and to decrease lesions due to Eimeria in the gut, which in return means less antibiotic use for treatments.

More recently, an increasing number of poultry producers have also taken the decision to go one step further and abandon completely the use of both antibiotics and coccidiostats on their farms.

In order to do this, they have had to work on three pillars: biosecurity, nutrition and data analysis.

Regarding this last point, HPRA’s statistics department, Hiprastasts®, helps customers, for example with the assessment of the outcomes of coccidiosis prevention with Eimeria vaccines.

More specifically, HIPRA has developed a consultancy programme called ORIGINS (powered by Hiprastats®), aimed at the creation of strategies to raise chickens without antibiotics and coccidiostats and based on the identification of key factors to achieve this goal.

To conclude, rearing birds without antibiotics and coccidiostats is not a paradox but a real possibility, with the help of Eimeria vaccines and new tools available in animal production, such as data analysis.

Shattering myths about coccidiosis in chickens: is coccidiosis control possible by means of 100% vaccination in broilers?