Amongst other highly pathogenic and costly diseases such as Newcastle or Avian Influenza, coccidiosis outbreaks due to Eimeria are omnipresent in the region. They cause high losses to farmers in both broilers and breeders, but also in layers and as regards the latter, this is because of the in-floor rearing system present in some countries. 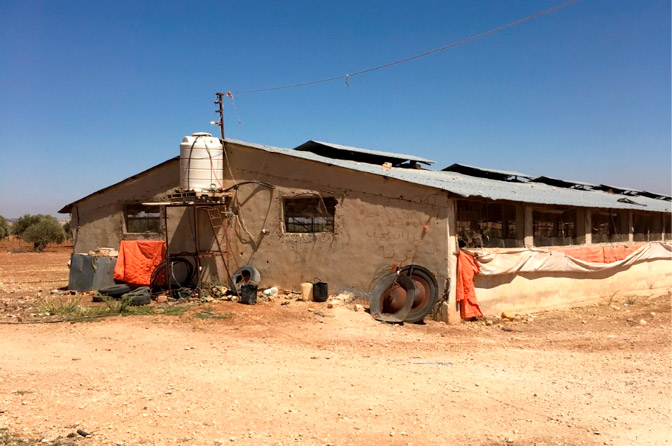 The leading countries are Algeria, Egypt, Morocco, South Africa and Nigeria (FAOSTAT, 2012), and because pork meat is prohibited by their religion, chicken and related products remain by far the most important protein source in the Arab world.

Almost 80% of the production in Africa is found in the rural and peri-urban areas, where birds are raised in small numbers by the traditional extensive or semi-intensive, low-input–low-output systems.

Recently there has been a general trend towards more vertical integration and the establishment of large-scale production by multi-national companies (Nassar & Stino, 2013).

The introduction of EVALON®: an innovative vaccine against Coccidiosis

Since 2017, EVALON®, the only live Eimeria vaccine attenuated by precociousness that comes with a solvent containing an adjuvant, HIPRAMUNE®T, has been introduced in many countries such as Jordan, Algeria, Nigeria or even more recently in Egypt in 2019.

The above-mentioned characteristics of the region have driven us to innovate and look for alternative methods of vaccination to meet the needs of farmers, by opting for on-farm vaccination.

Retrospectively, there was overall satisfaction on the part of our customers across the region, who noticed a significantly positive difference after starting vaccination programmes with EVALON®.

Especially, those who switched from non-attenuated Eimeria vaccines to EVALON® or those who used to use even basic chemoprophylaxis (anticoccidial in-feed) in some countries, in layers or even in breeders.

Eimeria oocyst counting is a key element -in addition to lesion scoring– in the assessment of Eimeria vaccination in the field, especially with HIPRA’s field follow-up programme, known as Eimeria Check.

When we started vaccinating, the results were variable, depending on some regional, seasonal parameters or even aspects related to the birds themselves. 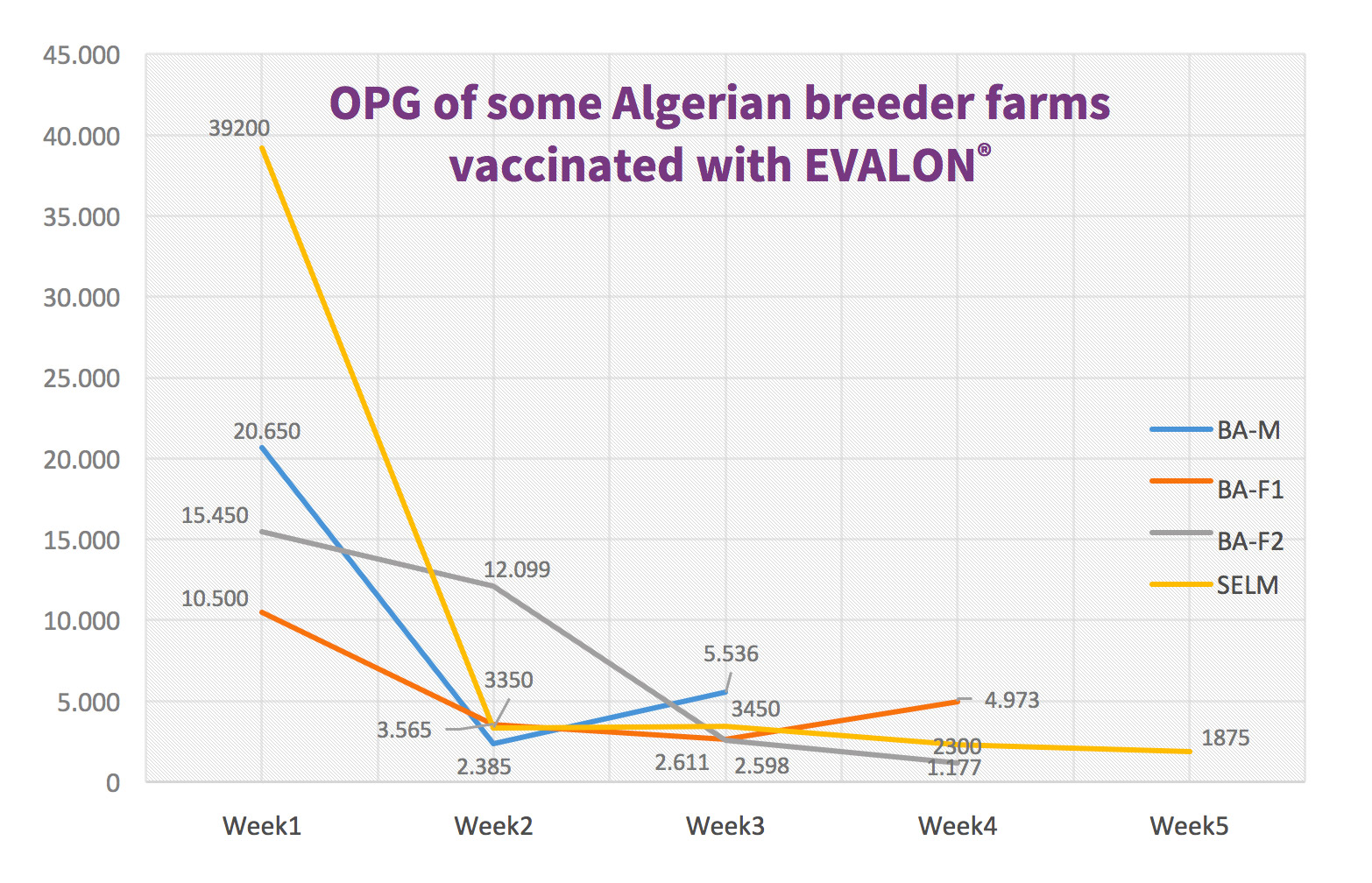 Thanks to extensive knowledge about Eimeria and also about the geographical diversities, after many assessments, we found that weekly OPGs, showing the dynamics of immunity onset are generally more useful, rather than predefining numerical scale results.

In Algeria, for example, we had different OPG follow-up results (sometimes low and sometimes high) as it is a large country with a diverse topography (Figure 1 above).

Nevertheless, they all tended to have reduced oocyst shedding after the 3rd week, which represents an unconditional proof of immunity onset.

FIGURE 2: Distribution of Eimeria found in the Eimeria oocyst counting (Farm 1 vs Farm 2).

In addition to this, we usually retrieved the 5 species of Eimeria, also proof that the oocysts come from the vaccine (Figure 2 above).

Sometimes, however, local laboratories did not easily find E. necatrix, but this is completely normal as the parasite frequently changes morphology and is difficult to identify by microscope.

Obviously, as long as humidity and the appropriate litter conditions are present, it is easy to achieve proliferation and rapid replication of the parasite, but what if we are faced with sub-optimal conditions for Eimeria?

The case of dry countries where Eimeria struggles to sporulate

Because of the altitude and distance from the sea, some countries, such as Jordan, may have very low relative humidity.

It is then very challenging for vaccine oocysts of Eimeria to replicate because the conditions for sporulation are sub-optimal with very low humidity in the litter.

Initial vaccinations in such areas – because of these environmental conditions – were challenging. Most probably the only thing helping to achieve replication was the use of HIPRAMUNE-T®.

Counting of Eimeria oocysts then also showed low levels of oocysts (Figure 3 below). 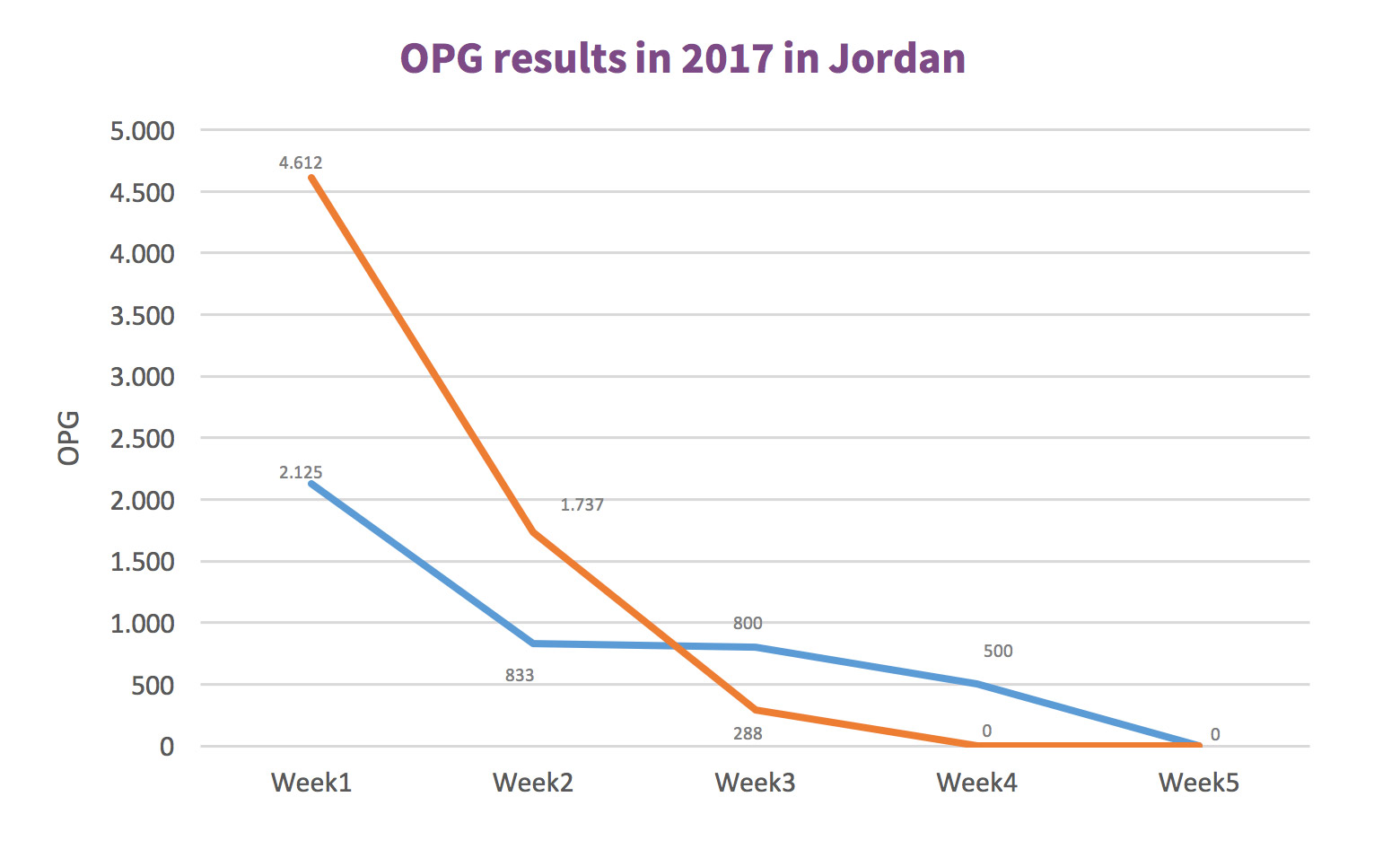 Thanks to the Technical Support provided, the low level of replication was overcome. 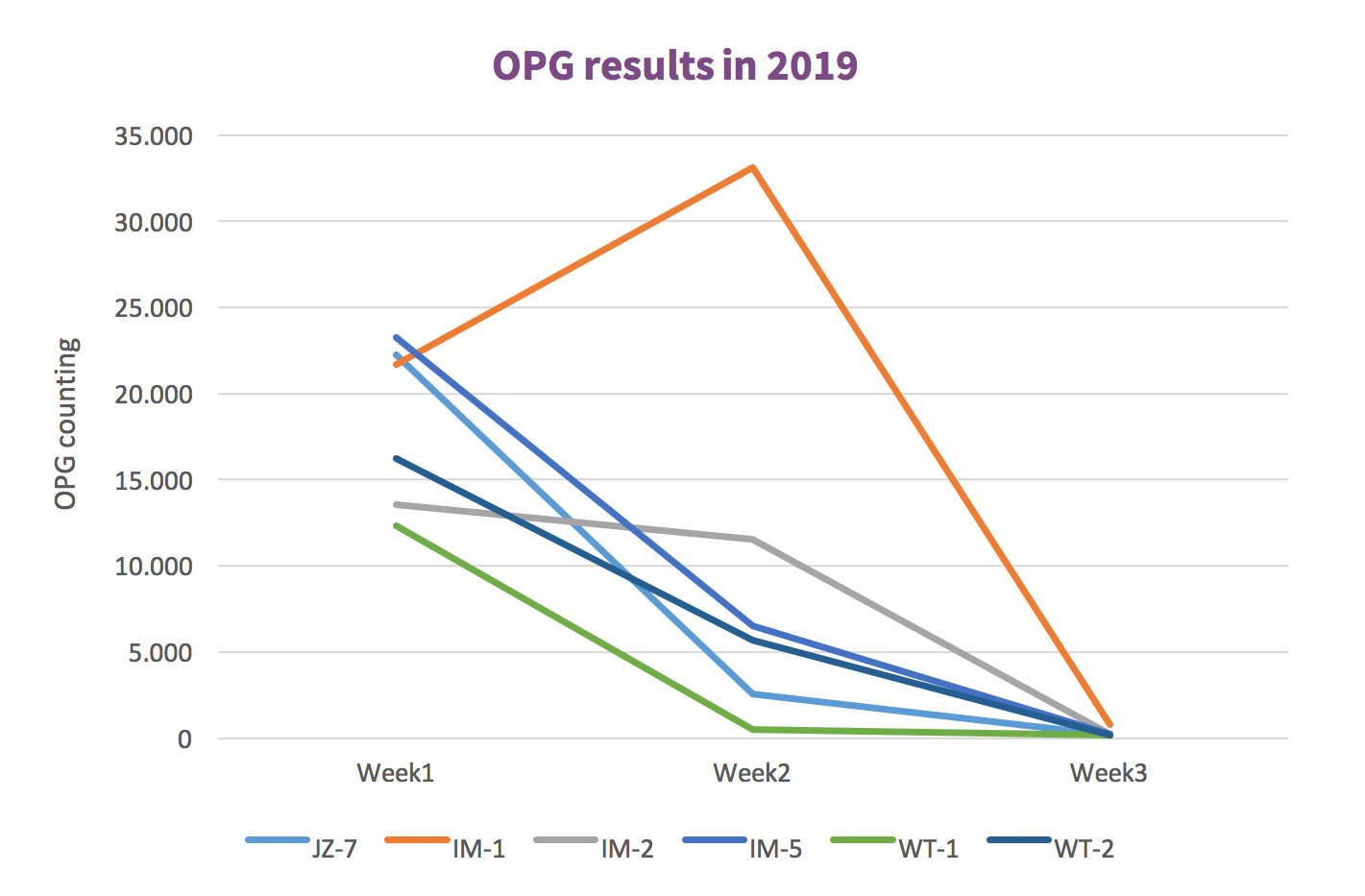 By suggesting some specific and accurate recommendations to farmers in the same area, either during brooding or the rearing period, we were able to greatly improve the dynamics of replication of Eimeria vaccine oocysts on farms vaccinated with EVALON® (Figure 4 above).

Coccidiosis prevention: from hatcheries to producers