The steps to control coccidiosis disease caused by Eimeria spp.

At the end of the 19th century, there was much confusion about the causative agent of coccidiosis in poultry. In 1891, two French researchers, Railliet and Lucet, first published their observations of coccidia oocysts in the intestinal caeca. The parasite was initially called Coccidium tenellum, but in 1913 it received the definitive name of Eimeria tenella, by which we know it today.

Finally, with the discovery of E. brunetti, made by Levine in 1942, the definitive list of seven species of Eimeria was completed. 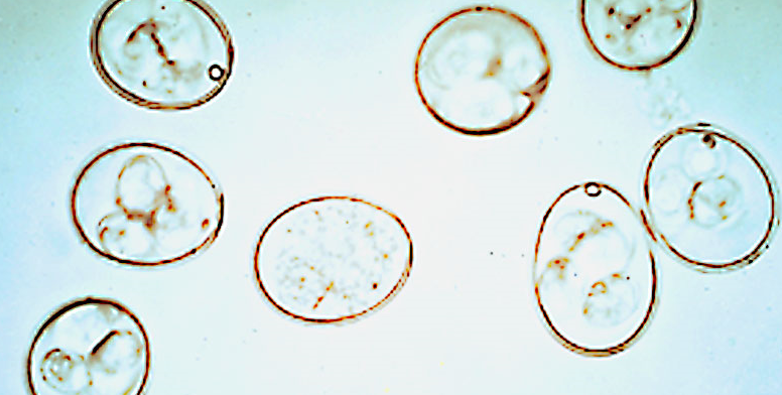 Anticoccidials: the most used prevention method

Initially, several molecules were used in the feed to combat coccidiosis: the anticoccidials.

The first chemical anticoccidials began to be used in the 1950s, and it soon became clear that these molecules had certain efficacy problems, since the parasite could develop resistance if they were applied several consecutive times on the same farm.

Later, during the 1970s, a new generation of anticoccidials was launched: ionophores.

Ionophores are coccidiostats that allow a limited multiplication of the parasite, which is known as “coccidial escape”: the birds maintain a certain degree of contact with the oocysts of the parasite, so that, over time, they acquire immunity.

However, due to the overuse of both chemical & ionophore anticoccidal drugs, resistances (Bafundo et al., 2008; Peek and Landman, 2011) keep being an issue that is affecting the poultry industry.

The first vaccine on the market against coccidiosis

The first coccidiosis vaccine appeared in the United States in 1952. It is still marketed and is produced from non-attenuated strains. 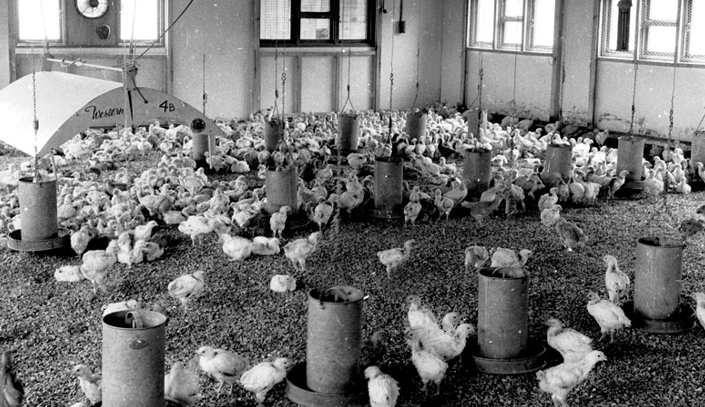 Live non-attenuated vaccines are made with parasites that maintain their natural virulence, so they can cause some tissue damage and can sometimes lead to clinical disease.

In 1975, Thomas K. Jeffers found a way to attenuate a strain of E. tenella through selection for earliness.

This discovery opened the door to a new generation of coccidiosis vaccines: the first attenuated vaccine was registered in the UK in the 1990s.

Live attenuated vaccines are specifically designed to generate an immune response with limited risk of adverse events and minimal impact on the intestinal mucosa.

What is HIPRA researching in the field of coccidiosis vaccines?

In 2008 HIPRA registered its first vaccine against coccidiosis in Europe: HIPRACOX®, which was the only attenuated vaccine for broilers with Eimeria praecox, so its composition is ideal for broilers, which frequently suffer from subclinical coccidiosis.

The R+D department of HIPRA kept in the path of developing both classic vaccines and novel strategies against coccidia.

Thanks to its constant research in the field of coccidiosis, HIPRA launched another attenuated vaccine against coccidiosis for breeders and layers: EVALON®.

EVALON® was the first of a new generation of adjuvanted coccidiosis vaccines to market, offering prolonged immunity, up to 60 weeks.
Lastly, HIPRA launched its third coccidiosis vaccine in 2019: EVANT®, an attenuated by precociousness (Atree et al., 2021). adjuvanted vaccine for broilers, which has been a step forward in short living birds coccidiosis prevention.

Due to the urgent need to replace chemotherapeutic control with vaccination against coccidiosis in chickens, this vaccine has the specific objective of helping poultry producers to prevent coccidiosis exclusively through vaccination.

Innovation is part of the DNA of HIPRA, and new developments are coming to give to the veterinarians the widest portfolio of Eimeria vaccines to control one of the most concerning diseases in poultry production.

Do you know how many trainings has HIPRA organized regarding coccidiosis prevention?

One of the goals that HIPRA has stablished, apart of developing new vaccines, is to continuously train the veterinarians that use our vaccines.