Coccidiosis in poultry does not only come from Eimeria tenella and has started to affect more and more laying hens.

Eimeria tenella is by far the most widely detected species on farms when routine lesion scoring is performed. However, it is well known that most of the time Eimeria infections are multiple. On the other hand, during last decade the egg sector has probably undergone the biggest changes, with an ever-increasing percentage of cage-free laying hens, especially in Europe.

Generally in layers and breeders we distinguish between caecal and intestinal coccidiosis. Caecal coccidiosis is due to Eimeria tenella  that is confined to the caecum and consists of the presence of hemorrhages on the outside or inside of the wall of the caecum.

This acute infection occurs most commonly in young chicks and is by far the most widely diagnosed in the field due to its typical lesions and location. For this reason, a common belief is that Eimeria tenella is the most prevalent all over the globe. In fact, macroscopic lesions are amongst the most pathognomonic with blood or typical molds in the caecum and common findings of bloody droppings in the litter. 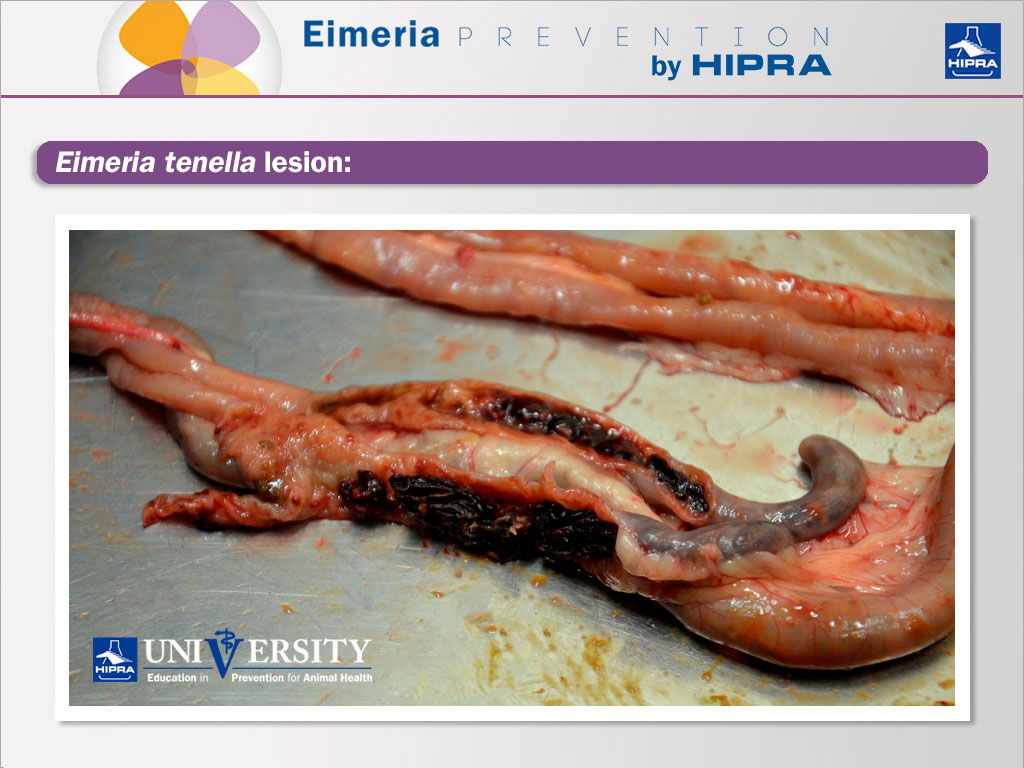 A common belief is that Eimeria tenella is the most prevalent all over the globe.

Recently, the evolution of the production systems with an ever-increasing percentage of laying hens that are floor-reared or reared in systems such as aviaries has shown a clear influence on the incidence of coccidiosis outbreaks, caused not only by Eimeria tenella, but also quite frequently by Eimeria necatrix. 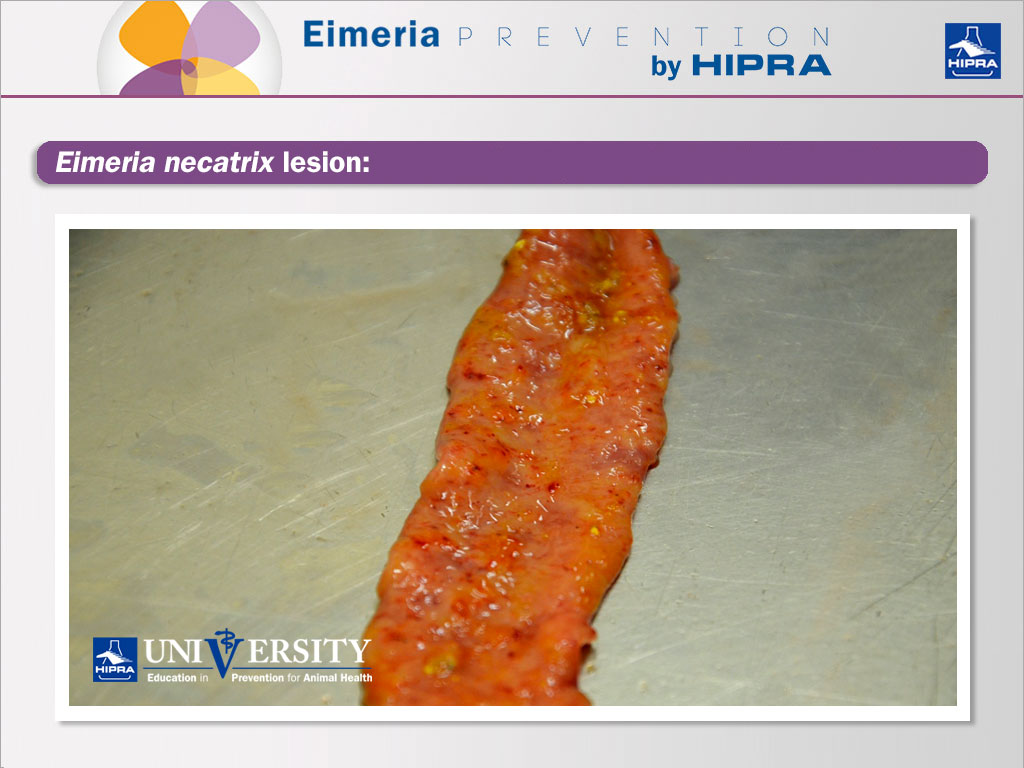 Production systems with laying hens that are floor-reared have shown a clear influence on the incidence of coccidiosis outbreaks, caused by Eimeria necatrix.

The greatest evidence of this new situation is that coccidiosis vaccination in laying hens has increased considerably within the EU but also outside it.

Many egg producers have taken the decision to vaccinate all their flocks against coccidiosis, as the disease has started to appear more frequently in these semi-floor type rearing systems. 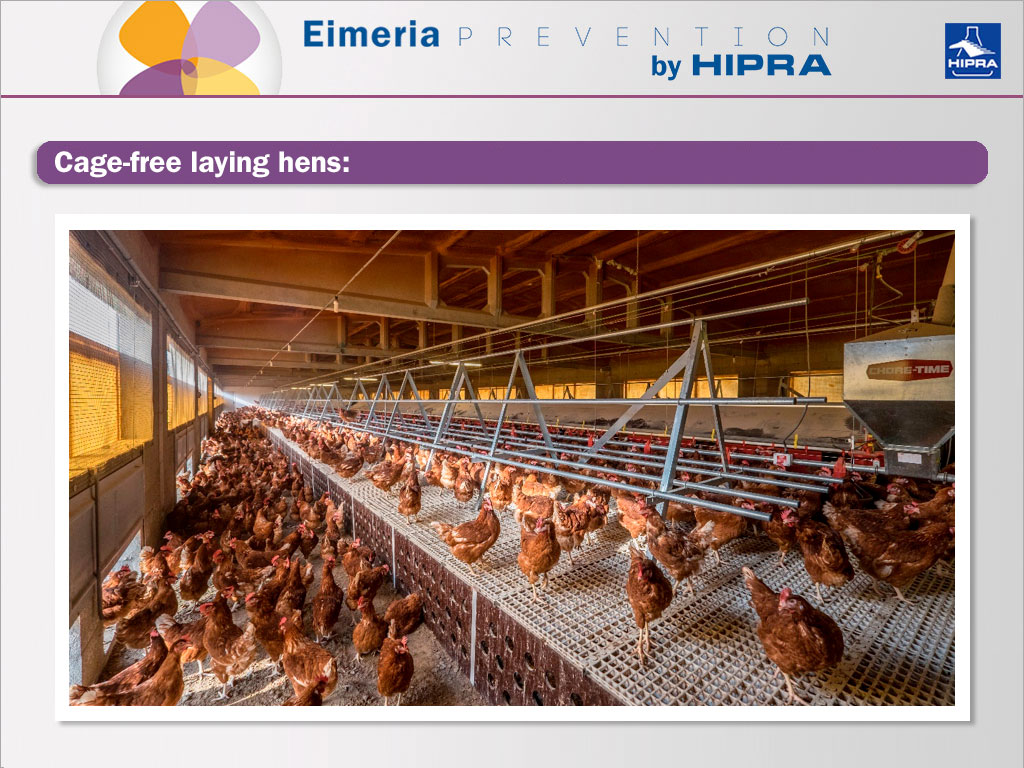 Many egg producers vaccinate against coccidiosis, as the disease has started to appear more frequently in semi-floor type rearing systems.

But why is that? Eimeria infections appear everywhere that birds have the opportunity of coming into contact with their faeces and pecking them. When most of the laying hens were reared in conventional cages, coccidiosis hardly occurred at all and a few cases appeared on those occasions when hens could peck the manure belt of the floor above.

So what happens nowadays? Hens reared on the floor or in aviary systems – where hens are reared totally or partially on the floor- clearly come into contact with their faeces.

However, it could also be the case with hens reared in furnished (enriched) cages as faeces can accumulate in some areas of the cage, such as the nests, and don’t fall on the manure belt below the cage. Every contact with faeces exposes the hen to a possible coccidiosis challenge as Eimeria oocysts are ubiquitous.

This is why nowadays we need to work on Eimeria prevention in all the three above- mentioned production systems: floor-reared, aviary systems and sometimes also with enriched cages.

Vaccination is well recognised as the most convenient Eimeria prevention strategy in laying hens, as one vaccination can protect birds for their entire lives, as long as certain conditions are met. And this is where the challenges lie:

In order to find out more about the challenges egg producers have to face when vaccinating for coccidiosis, have a look at the following article: Coccidiosis and welfare-friendly production systems for laying hens. A new connection.

What if a device for the administration of vaccines against coccidiosis in chickens were to offer even more?

Lesion scoring technique for Eimeria in chickens: An indicator for successful diagnosis